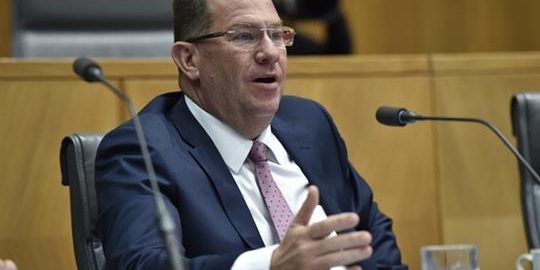 Today’s announcement by the Commonwealth Bank that it will introduce a new credit card with an interest rate of just 9.9% is a “win for common sense and consumers” claims Federal MP Scott Buchholz who has been pressuring the Banks on this issue over a  year.

As a Member of the House of Representatives Standing Committee on Economics, which has conducted several Inquiries into the Major Banks, Mr Buchholz has been relentless in his questioning and pushing for a better deal on credit cards.

“And it’s those on low incomes living payday to payday who can least afford it that get caught up in debt paying high interest rates.”

The Commonwealth’s announcement today follows Westpac’s decision to offer the first sub-10% credit card in recent times in June this year. Mr Buchholz hailed the move as part of a “quiet revolution” that was providing a better deal and better services for customers.

“For example, this new CBA card also offers real-time alerts for repayment and instalment plans to help consumers pay down balances. It’s a good step forward, three down, one to go.  Of course, the next step is ensuring that consumers are well aware of the choices.”

During today’s hearing Mr Buchholz asked Westpac boss Brian Hartzer what was being done to make consumers aware of their choices.

“Are you able to share how the Westpac Lite credit card facility is being received by clients since its introduction?” Mr Buchholz asked.

Mr Buchholz was pleased to hear that while promotion was in its early stages, several thousand clients have taken up the card and Westpac would look at switching customers where appropriate.

“I made a commitment to ease pressures on household budgets – and this is one way that can make a big difference. I’m pleased our work on the Economics Committee is continuing to reap results without a costly and lengthy Royal Commission and I’ll keep pushing for more banks to do the right thing in relation to credit card interest.”