Buchholz seeks nominations for volunteers with the Wright stuff 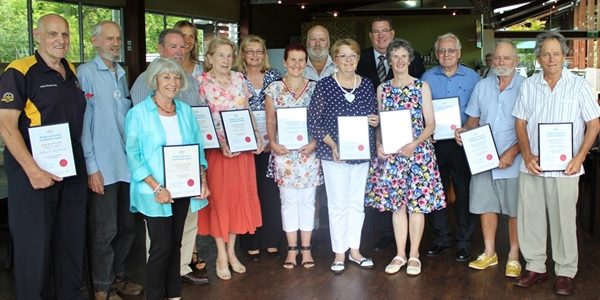 WRIGHT MP Scott Buchholz has re-opened nominations for the Wright Community Contribution Awards after commitments in Canberra forced him to postpone award presentations in 2015.

The awards, which started in 2014, are a way for the community to recognise and thanks people who devote their time to helping others and making the region a better place to live.

Entries are open to individuals and groups.

Mr Buchholz said without the selflessness of volunteers like many local community organisations and services would cease to exist.

He said he was eager to see a strong response from locals.

“The first Wright Community Contribution Awards were a resounding success with more than 100 nominations from across the electorate – I want to see double that this year,” he said.

“I encourage anyone who has a neighbour, friend, partner or relative who they believe would be a worthy recipient to nominate them now.”

Nominations close April 8, 2016, with a presentation ceremony to be held later this year.