Lauren inspired for the future 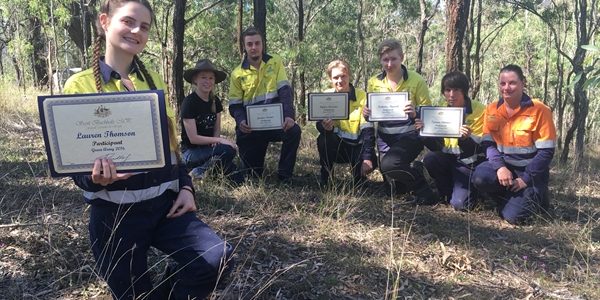 A BRIGHT young woman from Brassall is feeling empowered for a career in the outdoors after completing a koala conservation project with the Green Army at Peak Crossing.

Lauren Thomson, 18, was among five young people from Ipswich and the Fassifern to graduate from the Commonwealth Government program recently

The team worked for eight months on a Queensland Trust for Nature property on Mt Flinders Rd set aside for koala habitat.

Ms Thomson and her peers cleared 40 hectares of lantana and fireweed, hitting double their target of 20 hectares, and completed 2km of fencing on the property.

“I’ve gained a lot of inspiration and experienced what it’s like to have a job that’s not indoors, and I’ve gained really great skills and some lifelong friends.”