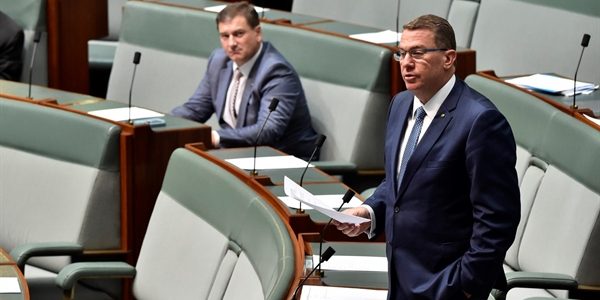 13:51I rise to express my empathy for the residents and staff of an aged care facility in my electorate which is going to be closed down.

On Thursday, PresCare announced its plans to close the Roslyn Lodge on Tamborine Mountain. I understand that PresCare had sought to sell the home to another provider but was unable to do so and instead made a business decision to shut the business down.

I empathise with the disappointment and the sadness expressed by many people on Tamborine Mountain in the wake of this announcement. Tamborine Mountain is a tight-knit community and news of this closure has brought a great deal of angst not only for the residents but also for the staff and the wider community.

When PresCare announced the planned closure, the organisation expressed its commitment to help residents find alternative accommodation and to help their employees find alternative jobs. PresCare must take this responsibility very seriously and act swiftly to reduce the impact of the closure, particularly on the residents and their families.

I want to make one thing clear: the Minister for Aged Care, Ken Wyatt, has informed me that Roslyn Lodge can only close after suitable alternative accommodation arrangements have been made for all of the residents. The Department of Health will work closely with PresCare to make sure that all residents have a genuine choice about their new home and that they will not be financially disadvantaged by the move.

It must be noted that the closure of the home is a business decision made by the provider and it is not as a result of the Australian federal government. Both the staff and the clients are in my thoughts and my prayers.