Praise for the Johansens: Speech to Parliament 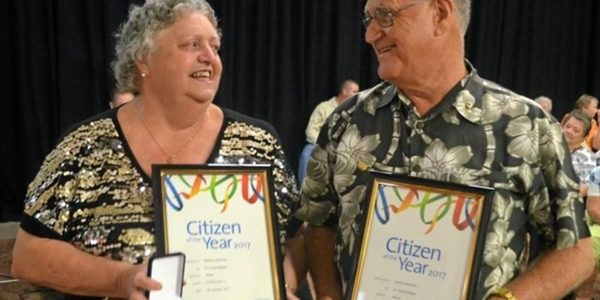 13:46  It is not every day that you get to see the sort of teamwork that we have seen from a very special couple from the Lockyer Valley. I speak of no other than Marjory and Lawrie Johansen. Marjory and Lawrie are our 2017 Lockyer Valley Citizens of the Year. The Johansens are so effective as a couple that the Lockyer Valley Regional Council could not possibly separate them in the final. So, as a result, they were given a draw. What an amazing thing for a husband-and-wife duo to tie for such a prestigious award. They are truly the embodiment of great teamwork.

Lawrie and Marjory moved to Gatton in 1996, and they have contributed considerably to the Lockyer Valley for over 20 years. They are both now roughly around 68 years of age. They are just as involved in the community today as they were 20 years ago. Marjory is currently the Gatton Lions president and she has been a volunteer at the St Alban's Anglican Parish Church at Gatton. Lawrie previously served as a Lions president, as well, and has been a devoted Lion for no less than 37 years. Lawrie is also an active member of the St Alban's church, where he serves as a liturgical assistance and as a priest's warden. And I will suggest that he will probably give me confession one day! We are so lucky to have Lawrie and Marjory in the Lockyer Valley. I am so proud to be their local federal member.

I also want to acknowledge Tanya Milligan, the local mayor, who presides over the prestigious awards and continues on her good way.