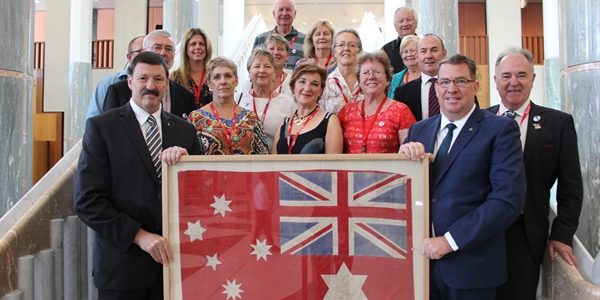 (a) approximately 16,000 Australians fought in the Boer War in contingents raised by the Australian colonies or the Commonwealth Government (after 1901), or joined British and South African colonial units;

(c) Lieutenants Morant, Handcock and Witton were found guilty at their courts martial for the death of 12 Boer prisoners even though they pleaded their actions were in accordance with orders of their British superiors; and

(d) Lieutenants Morant and Handcock were executed on 27 February 1902, and Lieutenant Witton's sentence commuted to life imprisonment, but he was released from prison in 1904 after representations from the then Australian Government and British parliamentarians, including Winston Churchill;

(a) that Lieutenants Morant, Handcock and Witton were convicted of committing a serious crime;

(b) the serious deficiencies in the handling of the legal case against the three men, including the right to appeal their sentences by their legal advocate, Major James Francis Thomas, the opportunity to seek intervention by the Australian Government and the ability to contact their families to inform them of their plight;

(c) the failure of British Military Command to implement the recommendations for mercy made by the courts martial to be applied equally to these men;

(d) the findings of respected legal figures and community leaders who support this assessment; and

(e) the ongoing emotional suffering this case has caused the descendants of Lieutenants Morant, Handcock and Witton; and

(a) sincere regret that Lieutenants Morant, Handcock and Witton were denied procedural fairness contrary to law and acknowledges that this had cruel and unjust consequences; and

(b) sympathy to the descendants of these men as they were not tried and sentenced in accordance with the law of 1902.

Harry 'Breaker' Morant is a name which is familiar to all Australians, but maybe not for the right reasons. In the movie Breaker Morant, produced in 1980, Edward Woodward, Bryan Brown and Lewis Fitz-Gerald depicted the three Army personnel. It spoke of the executions of Lieutenants Harry 'Breaker' Morant and Peter Handcock on 27 February 1902—some 116 years ago—and the sentencing of Lieutenant George Witton to life imprisonment. The issue continues to ignite passionate debate about the guilt or innocence of these men and calls for the acknowledgement of and relief for their descendants.

I wish to acknowledge some of the descendants of Lieutenant Harry 'Breaker' Morant, Peter Handcock and George Witton, as they sit in the chamber today: Michael and Lesley Handcock; Merrill Urban and Richard Williams; Beverley Little, Tony Little and Lynette Pont—all descendants of Harry; Jennifer Witton-Sand, a descendant of George Witton; Ann and Cathy Morant, descendants of Harry 'Breaker' Morant; and Beach Thomas, a descendant of Major James Thomas, their defence counsel. I acknowledge and welcome you here today to the Australian parliament. And I acknowledge their advocate, James Unkles, and his wife, Marie, and the historians Shane and Melissa Williams, who are in this chamber to witness this moment. James, thank you so much for the work that you've done to date in preparing this auspicious motion.

Today, I acknowledge that Lieutenants Morant, Handcock and Witton were not tried in accordance with military law of 1902 and suffered great injustice as a result. The convictions were unsafe and unlawful and the sentences illegal as appeal was denied. This provides an opportunity for the parliament to discuss this.

The war between Britain and the two Dutch South African republics—the Boer War—began on 11 October 1899, where the Boers declared war on the British, and lasted until 31 May in the year 1902. During the Boer War, approximately 16,000 Australians served under British command and about 600 Australians died during the conflict. It was the first major conflict involving Australians overseas.

Harry Morant, Peter Handcock and George Witton, like so many other volunteers from Australia and other Commonwealth countries, joined up to support the Empire. The three men became commissioned officers and joined a volunteer unit called the Bushveldt Carbineers. These men shot 12 Boer prisoners while acting under the orders of senior British regular army officers—this fact is not in dispute. The court martial made significant recommendations for the three accused with respect to shooting the Boer prisoners. The court strongly recommended that, due to mitigating circumstances, including their lack of previous military experience, their ignorance of military law and their good military service during the war, mercy should be shown during the trial and their sentences. The court martial and Lord Kitchener, the military Commander-in-Chief, confirmed their sentences on 25 February 1902. He commuted Witton's sentence to penal servitude and ignored the court's recommendations for mercy for Handcock and Morant. Following the trial in 1902, Lieutenants Moran and Handcock were executed and Lieutenant Witton was imprisoned but released from prison following representation from Australian and British parliamentarians.

Today, I acknowledge that the process used to try these men was flawed and that they were not afforded the rights of an accused person facing serious criminal charges enshrined in military law in the year of 1902. The prosecution had three months to prepare cases against the accused before trials commenced in January 1902. That was in stark contrast to Morant, Handcock and Witton, who were denied the right to consult legal counsel until 15 January 1902, leaving one day's preparation before trial to seek legal advice on serious allegations and complex issues with their defence counsel, Major James Francis Thomas, with whom they had had no previous contact. Their confinement and their limited time to prepare a defence, including locating and interviewing witnesses, prevented or frustrated them from mounting a defence to charges of murder. The circumstances that led to the execution of Morant and Handcock and the sentencing of Witton to penal servitude were characterised by indecent haste and a disregard for the rule of law and the appeals process.

This is what this motion speaks to. It speaks to the fact that these officers in the Australian Army, serving as volunteers, were not afforded their right to an appeals process. They were also prevented from communicating with their relatives, the Australian government and, most importantly, the sovereign king, who could have examined their pleas for clemency. Had their verdicts been stayed for a few days, Handcock, Morant and Witton could have discussed their options with legal counsel. They could have sought advice from the Australian government, as the military standards would have normally provided. Lord Kitchener made himself unavailable when the sentences were announced and could not be contacted, denying an opportunity for the accused to seek his reconsideration of the sentences. Lord Kitchener's actions ignored due process and denied an opportunity for an appeal or allow the men to exercise their right to a state or military redress of grievance. The sentences were carried out within two days of convictions and the sentences being announced. The accused were denied the opportunity to consider all avenues of review, including appeal action, with this unnecessary haste.

The laws of war prior to 1928 permitted reprisal against prisoners. 'Take no prisoners' was then a lawful order and was construed as such by Morant, Handcock and Witton, demonstrating that the British military had to take decisive action in fighting a devious guerrilla campaign waged by the Boers. Kitchener's decision to issue such orders was considered lawful according to the law in 1901, and one that had to be obeyed by the men. At the time of the offences, the law of reliance on superior orders was recognised as a legal defence in certain circumstances.

Sir Isaac Isaacs, Witton's second defence counsel, who eventually served as Governor-General and Chief Justice of the High Court, entered a submission on Witton's culpability, obedience to superior officers, limited military experience and disproportionate sentence. This could also be applied to the cases of both Morant and Handcock. Following a petition signed by over 80,000 Australians and support from the Australian and British parliaments, Witton was released from prison. Several members of the legal community have also supported the expression that we have here today, and I mention David Denton QC; Robert McClelland, former Attorney-General; Sir Laurence Street QC, former Chief Justice of the New South Wales Supreme Court; Geoffrey Robertson QC; and Gerard Nash QC.

I acknowledge the descendants of Lieutenant Harry 'Breaker' Morant, Peter Handcock and George Witton. The treatment of these men has caused them much grief and shame. Over the years, their families have had to try to deal with the guilt of the way in which these men were treated. Their collective grieving has been in secret, fearful that they would be shamed for the events of all those years ago. I'd like to express my deepest sympathy to all those in the chamber here as descendants and hope that this motion will go some way to easing your pain from 116 years ago. The Australian support for the British during the Boer War was significant for an emerging nation. This motion regarding Handcock, Morant and Witton recognises their service, respecting that duty to obey the orders of British superiors and be loyal to the Crown.

Lieutenants Morant and Handcock were the first and last Australians executed for war crimes, on 27 February 1902. The process used to try these men was fundamentally flawed. They were not afforded the rights of an accused person facing serious criminal charges enshrined in military law in 1902. Today, I recognise the cruel and unjust consequences and express my deepest sympathy to the descendants and thank their advocate, James Unkles, for his ongoing work. Today, I acknowledge the Morant and Handcock descendants and I note that this appeals process, again, will help bring some closure to what is an oversight and a travesty of military justice. It is through these few words in this chamber that I hope you find relief and that the history books will reprieve you.