Backpacker tax cut a win for farmers in Wright 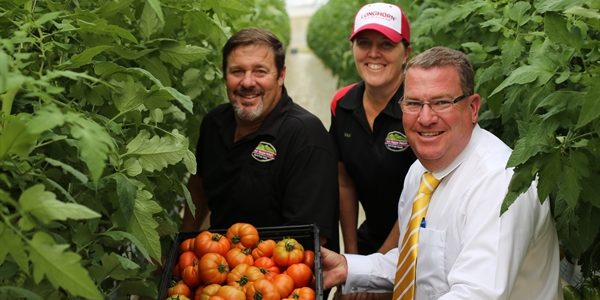 A PROPOSED 32.5 per cent tax rate which was set to apply to working holiday visa holders from July 1 will be slashed to 19 per cent.

“Agriculture and local tourism, particularly agri-tourism, across the Scenic Rim, the Lockyer Valley, the Gold Coast hinterland and the rural parts of Logan, makes a fundamental contribution to our local economy,” he said.

“The win on backpacker tax is a win for farmers locally, who can now get their produce out of the ground and off to market.

“It’s one more way that we are working to ensure our region remains a vibrant hub of industry and employment into the future.”

Mr Buchholz said the decision to reduce the proposed tax rate from 32.5 per cent to 19 per cent tax would maintain Australia’s status as one of the most competitive destinations for working holiday makers, while ensuring they pay a fair level of tax.

“This change means the farmers of my electorate of Wright can continue to rely on strong seasonal labour support,” he said.

“More than 1700 stakeholders contributed to the review through written submissions and face to face consultations. They made it clear that an early resolution to the tax rate issue was needed.

“Today’s announcement demonstrates the government listened and is now providing certainty to stakeholders for the upcoming harvest and tourism seasons.”

Information about the changes will be progressively uploaded to ato.gov.au