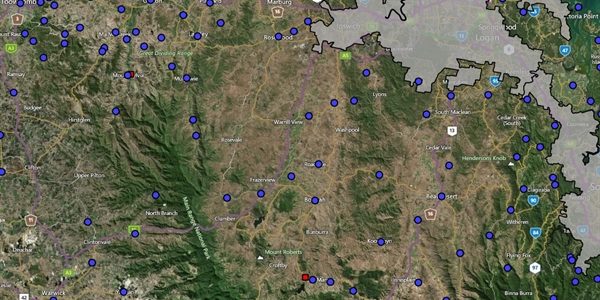 COMMUNITIES who do not get mobile coverage have more time to apply for government help after the Federal Government extended nominations for the mobile black spots program to January 15, 2016.

Public nominations for round two of the program were originally set to close on December 31, 2015.

Wright MP Scott Buchholz said the extension gave communities more opportunity to get their nominations in.

“The new closing date will ensure individuals and community groups in Wright have enough time to get their nominations in after the festive season and reflects the significant demand for improved mobile coverage in rural, regional and remote Australia,” he said.

“Under round two of the program the government will commit $60 million to improve mobile coverage in areas reported as having poor or no mobile coverage by the community.”

Darlington and Boonah Rathdowney Road in Scenic Rim and Mt Sylvia in the Lockyer Valley are already set to receive mobile base stations through round one of the program, which was announced in June 2015.

They are among 499 new and upgraded mobile base stations in regional and remote Australia being rolled out through the $100 million round one investment.

To see a map of mobile black spot locations and locations which will receive mobile base stations through round one visit http://nationalmap.gov.au

To nominate visit www.communications.gov.au/blackspots or phone the Wright electorate office on 5541 0150.