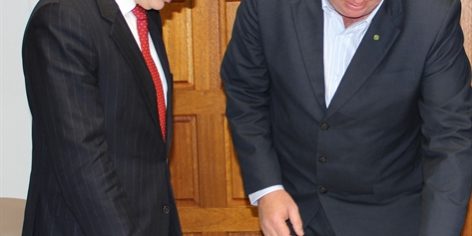 Federal Member for Wright, Scott Buchholz, has successfully lobbied the Government for improvements to local mobile coverage and has today announced that 3 new mobile base-stations will be installed near Boonah-Rathdowney Road, Mount Sylvia and at Darlington.

The new station is being built as part of the Abbott Government’s Mobile Blackspot Programme aimed at eradicating dangerous mobile blackspots across the country.

Mr Buchholz said he was very pleased to see the base stations delivered for these 3 locations after over a year of lobbying the government.

“I have been working with Telstra and the Parliamentary Secretary to the Minister for Communications Paul Fletcher to ensure the area’s most in need in our region were recognised and addressed”,

Mr Buchholz stressed the importance of this base-station location for the safety of locals as well as tourists.

“Areas such as Maroon and Mt Barney are very popular with tourists and locals who visit the region on weekends and holidays to enjoy the natural beauty on offer. However, it is a serious safety risk to have no mobile phone service available when something goes wrong”,

“Additionally, residents in isolated communities such as Darlington and Tenhill are currently struggling with using the satellite phone and internet system which is very congested and unreliable. This will make a huge difference to them” said Mr Buchholz.

This announcement is part of round one of the Mobile Blackspot Programme which will be improving over 3000 mobile blackspots across the country.

Round 2 is currently taking nominations from the public. Mr Buchholz encourages locals to nominate a blackspot they know of at mobilecoverage@communications.gov.au.

The first base stations to be funded under the Programme will begin to roll out in the second half of 2015, and the full roll out will continue over a three year period.

A map of locations which will receive new or upgraded coverage under the first round of funding under the Mobile Black Spot Programme is available from http://nationalmap.gov.au/