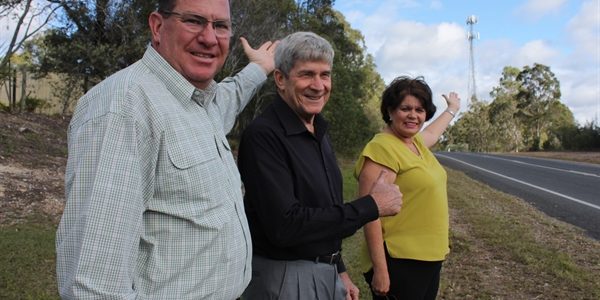 Mr Buchholz on Friday, June 24 announced plans for the new base stations as part of an additional $60 million commitment to extend the Commonwealth’s Mobile Black Spot Program.

“This will not only benefit local citizens but it will also improve communication capabilities for our local emergency services,” he said.

“Reliable telecommunications can be a matter of life and death, so this is extremely important for our emergency services personnel who are crucial to the well-being and safety of people in our community – this commitment gives us a great sense of satisfaction.”

Mr Buchholz said the stations would bring great relief for the people of Greenbank, New Beith, Flagstone and Undullah.

“The Coalition is committed to improving mobile coverage along major transport routes, in small communities and in locations prone to experiencing natural disasters, as well as addressing unique mobile coverage problems such as areas with high seasonal demand.”

“This is a testament to Scott and his team, who keep delivering for the electorate and just demonstrates his strong connection to the needs of the community,” she said.