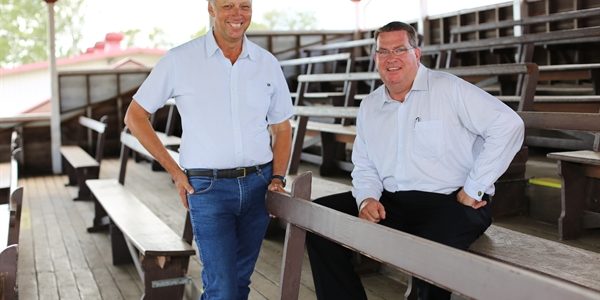 A HISTORIC grandstand which has been a vantage point for Beaudesert Show -goers from across the state for generations is being restored through Commonwealth funding.

The Beaudesert Show Society is carrying out the $10,734 restoration through a $5367 federal government Stronger Communities program grant.

The money is being used to repair and replace damaged steps and handrails on the grandstand.

Mr Buchholz said it was a win for people who came from all over the state to take part in the Beaudesert Show, Beaudesert Campdraft, cattle sales and rodeos.

“This grandstand is a place of fond memories for many people who have attended the Beaudesert Show and the many camp drafts, sales and rodeos hosted at the grounds and I’m glad we can preserve this historic structure for generations to come,” he said.

“I congratulate Beaudesert Show Society members on their successful application and I applaud them for putting in the hard yards to maintain such an important piece of community infrastructure.”

“It’s an integral building on the showgrounds and its history dates back for generations so it’d be a shame to let it fall into dilapidation,” he said.

“The Beaudesert Show Society is very grateful for the assistance the federal government has given for this important work on the grandstand which will not only preserve history but will also help us keep the building in line with modern workplace health and safety standards.”