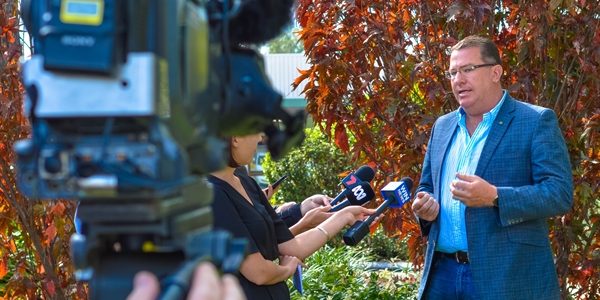 This week I was guided by my moral compass of:

I absolutely understand the frustration and dismay of the Australian people, because I too am frustrated and dismayed, but I want to be very clear about my position.

This week my vote went behind the Office of the Prime Minister.

Malcolm Turnbull and I aren’t cut from the same cloth, but I believe and have always maintained that it is the people of Australia who should have the loudest voice in the election of Prime Minister.

I believed this too, when I backed Tony Abbott in 2016. I voted for him because he was the Prime Minister and had gone to an election in that role.

I want to acknowledge Malcolm Turnbull for his service and statesman like way he led our party through difficult times.

I believe people are sick and tired of the revolving door prime ministership.  They are also tired of people who are elected under one party’s name and then shift to another.

I stood for election on that principle and so, I will continue to support the new Prime Minister, Scott Morrison and Deputy Leader Josh Frydenberg.

I’ll continue to work for the people of Wright and for Queensland and stand for stability in Canberra .

We need a return to our core principles – ones that I learnt growing up in regional Queensland, building small business, lower taxes and a voice for the hard working Australians who made this country the lucky one.

I acknowledge that there have been different opinions on the outcome, but I think it is important that you know where I stand and we now get on with the job of working for all Australians.