New campaign to break the cycle of violence against women 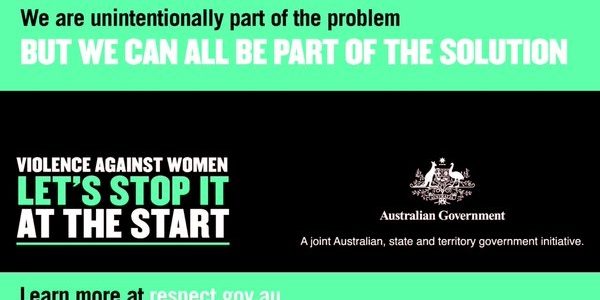 FEDERAL Member for Wright has urged the local community get involved in a national campaign on how disrespect towards girls can grow into something more serious.

Stop it at the start aims to help families, teachers, sports coaches and others challenge their own views about respectful relationships and gender equality, and start a conversation with young people.

The campaign, which Social Services Minister Christian Porter and Minister for Women Senator Michaelia Cash launched in Canberra on Wednesday, is jointly funded by the Commonwealth, state and territory governments.

Mr Buchholz said violence against women was a widespread issue affecting many Australians.

“The statistics are shocking. Every week a women is murdered by her current or former partner and one in three women has been a victim of physical or sexual violence, since the age of 15, from someone known to them,” he said.

“So many of us often we don’t realise where it begins – with the attitudes and behaviours our kids develop as they grow up.

“Our words are powerful, and our influence is strong. What we think and do becomes normal for us very quickly, so it can be hard to challenge ourselves.

“But we can be more aware that the excuses we make have a lasting impact. We can start having conversations about respect. And we can intervene and correct this behaviour in young people when we see it.”

Advertising for the campaign starts April 24, supported with online tools and resources, community engagement and a number of other activities until 2018.

The campaign is one element of a national, long-term strategy to reduce violence against women and their children.

It is underpinned by the National Plan to Reduce Violence against Women and their Children 2010-2022.

This campaign is on top of the Coalition Government’s $100 million Women’s Safety Package announced in September last year, which includes funding for developing innovative ways of using technology to keep women safe, like GPS trackers for perpetrators, safe mobile phones, and safety devices for homes.

For more information on the campaign visit www.respect.gov.au

If you or someone you know is impacted by sexual assault, domestic or family violence phone 1800RESPECT on 1800 737 732 or visit www.1800RESPECT.org.au