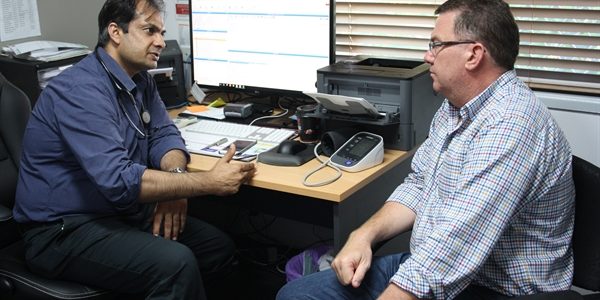 More patients in Wright are seeing their doctor without paying a cent, with the bulk-billing rate increasing to 91.7% in the first half of the 2017-18 financial year.

Federal Member for Wright Scott Buchholz said this was a win for patients in Wright.

“The Coalition Government’s commitment to Medicare is rock solid and the figures released recently show that Medicare is providing more support to Australian patients than ever before,” Mr Buchholz said.

“Medicare has never been stronger and that is evidenced by the numbers of locals bulk-billing their doctor visits and getting the medical assistance they require.”

Across Australia, more than 65.9 million bulk billed GP visits were provided to patients over this period, an extra 3.1 million services compared to last year.

The total cost of all Medicare services during the six month period was $11.6 billion, with the bulk-billing rate for all services increasing in every state and territory.

Mr Buchholz said the Coalition Government was investing more than ever – with record Medicare funding increasing each and every year from $23 billion in 2017-18, to $28 billion in 2020-21.

“The health and wellbeing of locals in Wright is of paramount importance, so the Coalition Government is continuing to invest in Medicare to ensure locals have the best access to the medical assistance they need,” Mr Buchholz said.