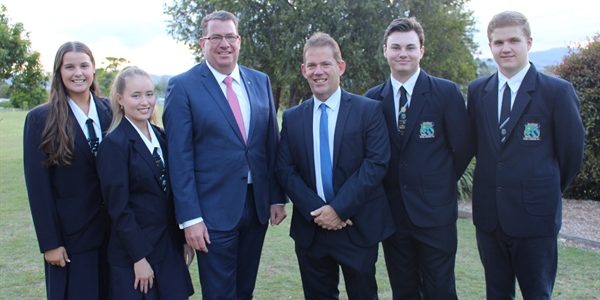 Mr BUCHHOLZ (Wright) (16:11): I recently had the pleasure to attend the Beaudesert State High School's leadership induction ceremony and congratulated each of the students on reaching their final years in their step on their schooling journey. I challenged them to follow the exemplary work of the class of 2017. This year's seniors have very big shoes to fill. Analysis conducted by the Parliamentary Standing Committee on Education and Employment of educational outcomes for 2017 Queensland high schools shows that Beaudesert State High School was the best within the Brisbane region. They did haven't the most OPs in the state, let alone the most OPs in one year, but the school did have students who put in an amazing effort and exceeded expectations, with dedicated teachers to guide them along the way.

The exceptional thing that happened to the school is that when they compared the year 9 NAPLAN test that last year's graduates completed in 2014 to that completed by this year's year 12s, it suggested that only 28 per cent of them would be OP-eligible. From that NAPLAN testing, the reality is that Beaudesert State High School went on to produce 49 per cent of senior kids that were OP eligible, changing the complete outlook of employment opportunities into the future, changing the way that those senior students see the school. Beaudesert State High School is a place where you can be anything that you want to be. I commend everyone.