New and Improved Schools in Wright: Speech to Parliament 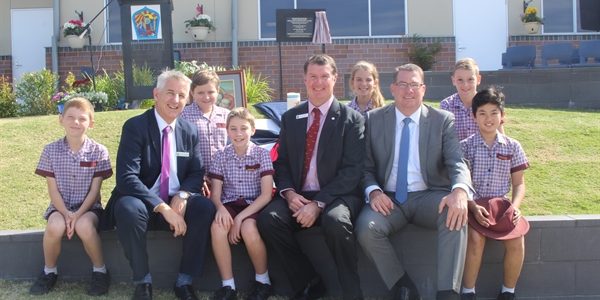 Mr BUCHHOLZ (Wright) (13:38): I rise to inform the House about two new schools and some improvements to one of the oldest schools in my electorate and some of the great things that the government is doing in and around that education space. I recently attended the official opening of St Clare's Primary School, a cornerstone of education in the growing Yarrabilba community, with Principal Chris Thomas at the helm. They did an outstanding job at their official opening last week. I'm so pleased that the Australian government has been able to make a contribution of $1.25 million for the construction of St Clare's and support the learning and teaching of not just the foundation classes but a generation of future students in that local community which I know will make a contribution.

McAuley College in Beaudesert, led by Deirdre Young, have also accepted their inaugural class of year 7 students. Our contribution to that place was $3.5 million worth of federal government funding. I hope these new first-class facilities will encourage students to pay a little bit more attention than those on the opposition benches do during question time! Our Lady of Good Counsel School in Gatton also has many reasons to celebrate this year. The students and teachers in that school, led by Nathan Haley, in the next couple of days will be blowing out 100 candles to celebrate the school's birthday this month after it officially opens its new administration centre and learning areas, to which the federal government made a contribution of $1.23 million through the Capital Grants Program. It's an incredibly exciting time to be a student in the electorate of Wright, and it just shows that the government is getting on with the job, recognising the importance of education in the electorate of Wright.