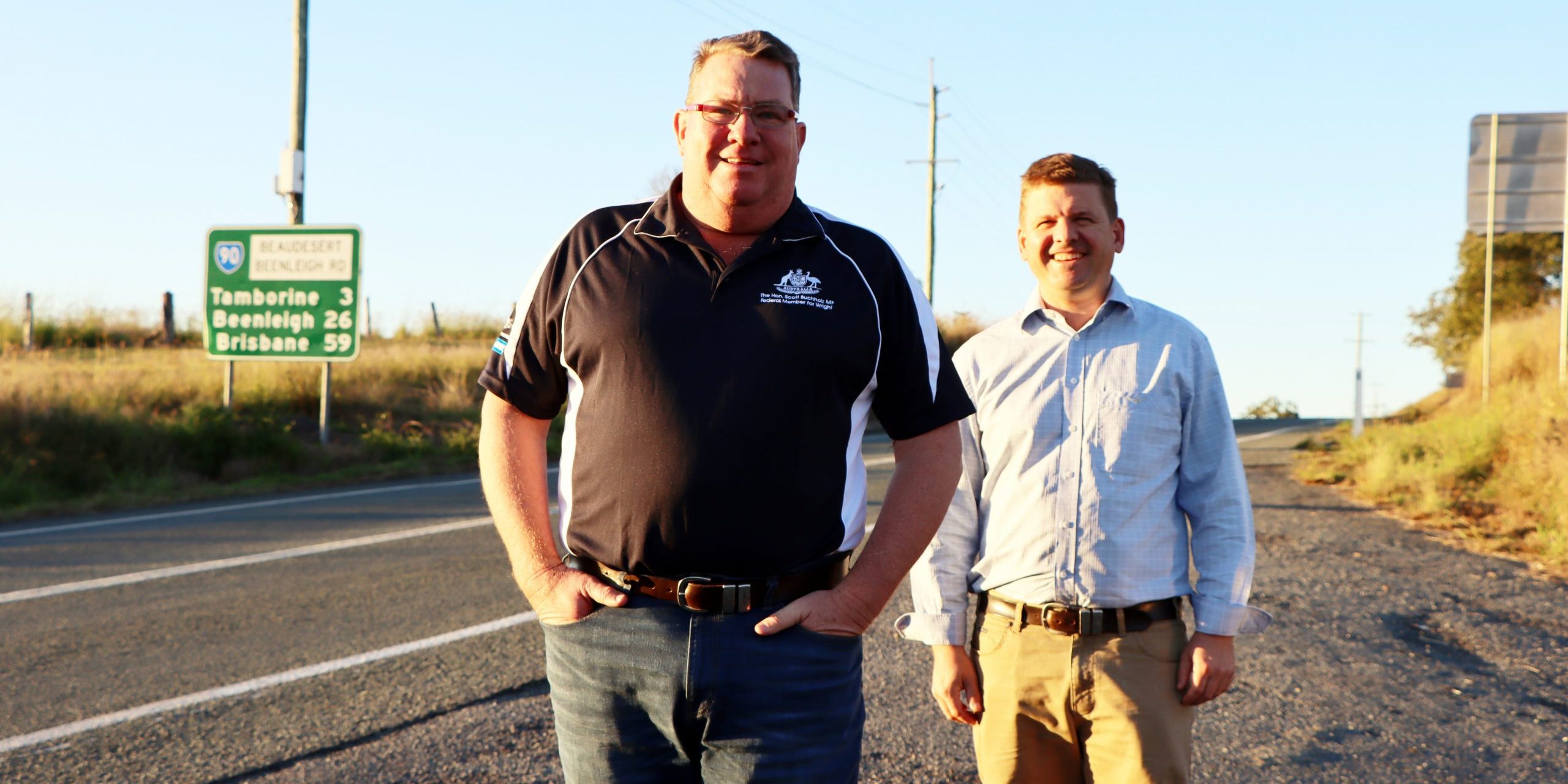 Motorists in Logan and the Scenic Rim will see the benefits of a $1.5 billion infrastructure package announced by the Prime Minister last week.

Mr Buchholz said the targeted funding was geared toward road safety improvements that could be underway quickly.

“This new package will support the faster delivery of targeted critical safety upgrades.

“Beaudesert-Beenleigh Road has been identified as a busy corridor with a number of priority areas. The Morrison Government is partnering with the State Government to fund important safety upgrades along this key route.

“This is a crucial transport corridor for locals to get to work, children to school and for our transport operators to move our great product and services. It’s also a key access point to our many wonderful tourist attractions, for those coming from Brisbane and Ipswich,” Mr Buchholz said.

State Member for Scenic Rim, Jon Krause has welcomed the funding to improve road safety in the region.

“I am always fighting for our fair share when it comes to roads.

“I thank Scott Buchholz and the Morrison Government for this important investment in road safety.

“Beaudesert-Beenleigh Road is one of the busiest corridors in my electorate, for people in Beaudesert, Canungra, Tamborine and surrounds.

“This investment in road improvements is significant for the corridor – now we need the Queensland Government to make a greater commitment to our roads,” Mr Krause said.

Mr Buchholz said the priorities had been identified by the Department of Transport and Main Roads and could include work such as wide centrelines, audio-tactile line-marking, shoulder widening, removing roadside hazards, and safety barriers.

The Australian Government is contributing $14.4 million of the total cost to deliver the $18 million in works.

Mr Buchholz said the latest funding was building on earlier announcements the Morrison Government has made, including the $500 million for local governments to deliver road upgrades, maintain community infrastructure and increase accessibility.

“Every single job that we support makes a huge difference in our local communities – now and as we navigate out of the pandemic.”