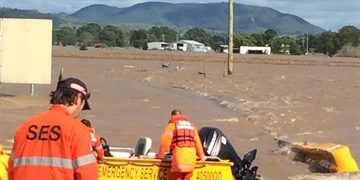 The Federal Liberal and Nationals Government has announced applications have opened for a further $50 million for priority flood mitigation infrastructure projects across the country.

Federal Member for Wright, Scott Buchholz said the Liberal and Nationals Government was committed to investing in projects that improve flood immunity, support local communities to be more resilience and infrastructure projects that reduce the impacts flood events.

“Across this region we know the impact of flooding events, we saw it in 2011, 2013, 2016 and in recent weeks, we have experienced minor flooding again.

“Flooding is a part of Australian life, we have learned to live with it and there is more work to be done to make our community’s more flood resilience, better protect our homes, farms, businesses and other important infrastructure.

“I would urge local councils to work with their relevant disaster preparedness bodies and the Queensland Reconstruction Authority to identify local projects to be put forward for funding.

“If any local resident is aware of a flood prone area that may benefit – please contact my office, I am happy to raise this on your behalf or alternatively let your local council know,” Mr Buchholz said.

Mr Buchholz said the second round of the National Flood Mitigation Infrastructure Program will build on the success of the program last financial year.“This round of funding will provide put a focus on building flood mitigating infrastructure, such as levees, levee systems, restoring and protecting flood plains and improving waterways that help mitigate flood risk,” Mr Buchholz said.