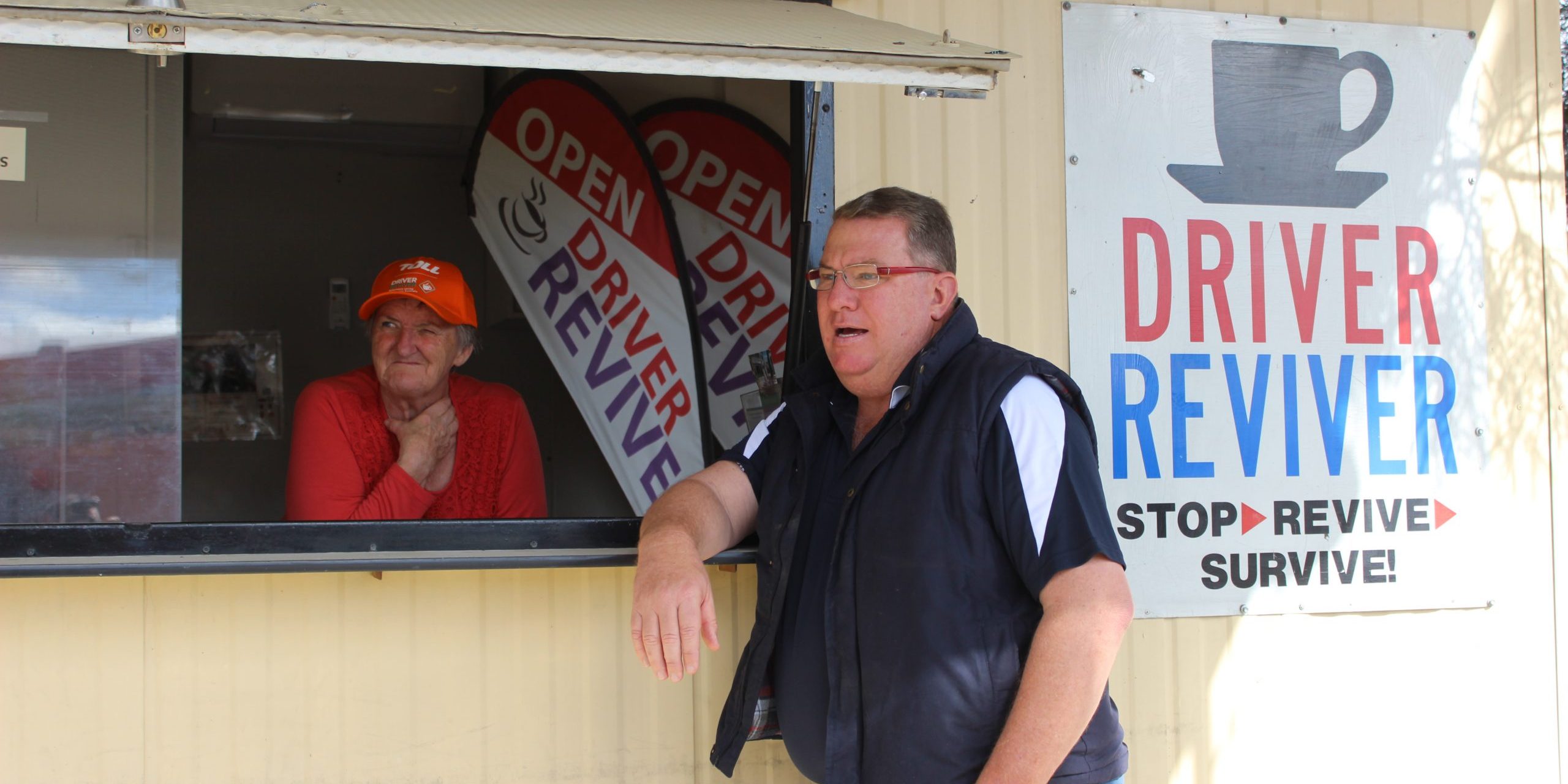 Joining the coordinator of the Beaudesert Driver Reviver, Sylvia Hickey, Mr Buchholz said there were hundreds of Driver Reviver locations across the nation, largely owned by local and state governments and operated by fantastic volunteers such as Sylvia, that can now apply for a share of $3 million in funding to upgrade signage at their life-saving rest sites.

“These sites are vital places for drivers and their passengers to stop and have a much needed rest to prevent fatigue setting in.

“Our region drives tourism in SEQ, especially day trippers and those on longer drives to NSW and across the range to South West Queensland.

“One accident, one injury, one death is one too many – that is why we are continuing to invest in critical projects that will improve road safety.

“And thanks to the likes of Sylvia, and volunteers across our region who put great effort into sites such as this, to stop, revive and survive.

“Here in Beaudesert, Driver Reviver volunteers are tourism ambassadors, supporting the region and promoting it as a very friendly and safe place.

“By applying for a grant under this program, we’re reinvesting in our community and volunteer assets,” Mr Buchholz said.

After many years on the job and with minimal funding for upgrades, Beaudesert Driver Reviver coordinator, Sylvia Hickey said upgrades of the site, were needed.

“As a volunteer organisation, any and all support we can get is helpful and it is very difficult, especially in this environment.

“I thank Scott Buchholz and the Australian Government for recognising the value of driver reviver and making road safety a priority,” Sylvia Hickey said.

Driver Reviver is a community program that has been operating in Australia for 30 years now and is managed by hard-working volunteers from a wide range of service organisations and community groups, who give up their own time to promote road safety by providing travellers with free beverages, snacks and conversation.

The first round is a demand-driven grant round and applications close 29 May 2020.

Further information, including application guidelines and submissions, is available at www.grants.gov.au.