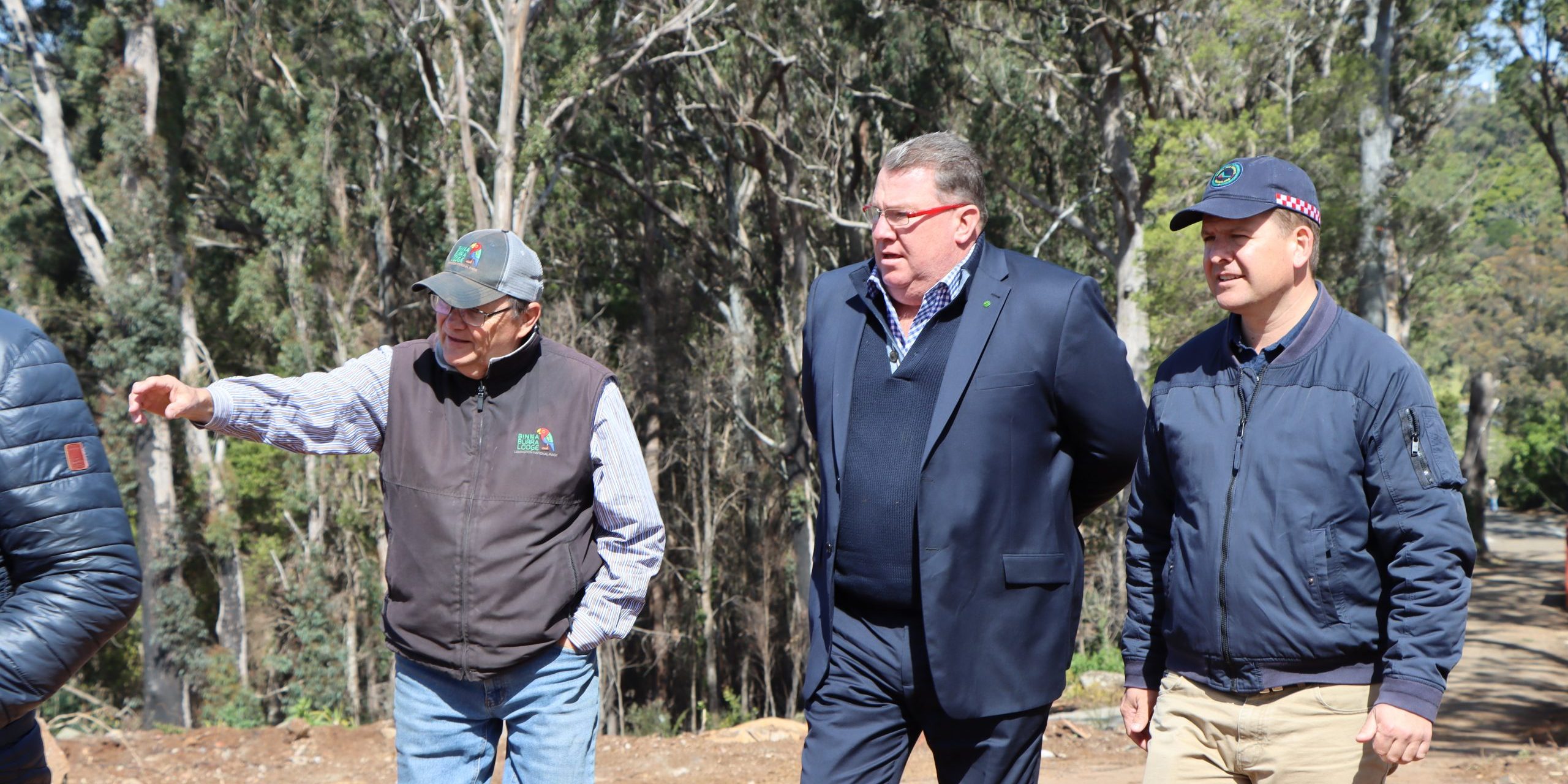 Against a backdrop of Coronavirus related public health restrictions, the team at Binna Burra Lodge have been working diligently to restore some ‘normality’, post fire and in the midst of a pandemic.

Almost twelve months on from the Black Summer Bushfires, when the historic Binna Burra Lodge was encircled by raging fire and lost, the team are preparing to re-open in a world of new normal. While the lodge was lost before the term COVID-19 was even muttered, the lodge sites re-opening will confront the pandemic head on.

The loss of the old lodge was a devastating blow not only to Binna Burra, but eco-tourism across the Gold Coast Hinterland and Scenic Rim. State and Federal Governments have invested $2,775,000 into the lodge site and broader National Park, to restore the area to its former glory and rebuild trails.

The lodge attracted visitors from afar, across Queensland, interstate and from overseas. Despite the devastation that came from the 2019 bushfires, not all was lost, least of all hope for what the future could bring.

On a recent tour of the Binna Burra Lodge site with Chairman Steve Noakes and new CEO Jonathan Fisher, Scott Buchholz and Jon Krause saw firsthand the significant rebuilding work that had been undertaken since the fires in September 2019, when Prime Minister Scott Morrison visited.

Mr Buchholz said it was a very intense time for him as the Federal Member, hearing about the devastating loss of the important heritage site and the damage across the region.

“I was absolutely gutted. It was devastating to hear that such a well-known local icon was gone.

“Hundreds of people in my community were impacted, they lost their homes, their possessions, thousands of kilometres in fencing, hundreds were temporarily displaced, large parcels of land damaged.

“When the lodge was lost, it was a moment when the entire region, basically all of southern Queensland, just gasped,” Mr Buchholz said.

Chairman of Binna Burra Lodge, Steve Noakes, said he was pleased to be able to show the local members around, as representatives of this special part of the world.

“I was pleased to show Scott Buchholz the progress we have made in the last twelve months to bring back Binna Burra.

“It was of course, with the assistance of the Commonwealth Government’s bushfire recovery fund, we are now ready to reopen our ecolodge from 1 September,” Mr Noakes said.

State Member, Jon Krause added that while some people from Beechmont and across the region were still recovering from the bushfire event, he was confident that the Scenic Rim region’s residents had the spirit to rebound for a bright future.

“I take my hat off to all those involved at Binna Burra for the way in which they have worked so hard, from the very first day after the fire, to re-build. In the same way, I know there are many others across the region that have done the same thing after the fires. Binna Burra is important for our region – it’s a huge attraction to bring visitors to our region – but Binna Burra is also symbolic of the deep gash inflicted on our countryside by fire,” he said.

“With a pandemic upon us, we need as much business as possible coming to our region – jobs depend on it. That’s why it is so great to see Binna Burra opening up again,” Mr Krause said.

Scott Buchholz said, despite the challenges posed to Binna Burra, from fire and coronavirus, he was deeply humbled to see the renewed site preparing to open for business once again.

“Take a look around when you’re up here. It’s one of the most beautiful parts of the world. There is almost nothing like it.

“As Government, we put the mechanisms in place to help communities rebuild, we can provide support and work with our state colleagues to get communities, residents and businesses back on their feet.

“Right here at Binna Burra, that support, that action – it is happening right here before our eyes,” Mr Buchholz said.

“Despite the loss of the lodge, the damage to the National Park – it is regenerating. The Sky Lodges have been repaired; the campsite is just about ready to go.

“Our Government has partnered with the State to get trails in the National Parks restored and re-opened, seen a co-funded package to get the road upgraded, the site cleaned up and stabilisation works complete,” Mr Buchholz said.

Compare images from that horrific period in 2019 to now, and anyone would be pleased to see the difference and that life is coming back to Binna Burra.

Mr Noakes said it was the culmination of a team effort, as Binna Burra prepared to re-open, for the second time in a long, ninety-year history.

“This reopening marks a new era for Binna Burra, building on a legacy of bringing visitors closer to nature. It also contributes greatly to the economic recovery of the Beechmont community,” Mr Noakes said.

o   stabilisation works to the cliff above the walking trails ($1.3 million)