BUCHHOLZ WORKS WITH COMMUNITY TO SECURE REPRIEVE IN HEALTH CLASSIFICATION 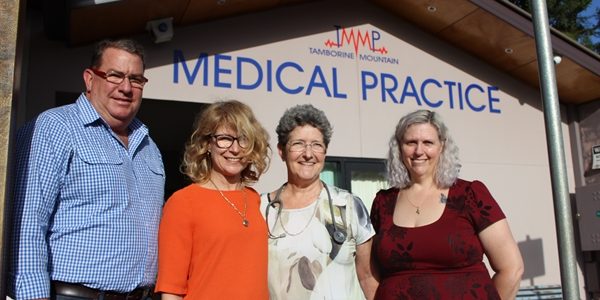 Scott Buchholz announced that the Department of Health has advised that a reprieve had been granted until January 2020, but it was not time to rest.

“When this issue was raised, I came and met with local health providers and local residents. I listened to their concerns and acted. I didn’t just assure people that I was fighting this for them – I followed through. Together, we have delivered this relief measure,” said Mr Buchholz.

Scott Buchholz said the Tamborine Mountain was a unique community and the Modified Monash Model did not factor that in.

“Tamborine Mountain should not be considered part of a ‘major city’. We need to ensure that does not happen in order to continue the current level of support received.  It is unique up here – access to services such as transport and healthcare is different,” Mr Buchholz said.

“We appreciate the time, effort and consideration of Scott Buchholz in fighting for the Mountain.

“We’ll continue to work with Scott Buchholz, to ensure the classification remains. We will have copies of the petition in the office and urge all residents to get on board,” Dr Carr-Brown said.


In the meantime, Mr Buchholz who previously described the change as “madness”, vowed to continue fighting for a fairer deal.

“After speaking further with the doctors, staff and clients of Tamborine Mountain Medical Practice, we have come together to fight this change. We are launching a petition and I urge all residents of the Mountain to visit the medical practice or my office to sign and fight the change.

Mr Buchholz said he, along with the Tamborine Mountain Medical Practice would continue to lobby the Health Department to find a solution to the unfair classification.

“I want to thank everyone for getting involved, especially Dr Carr-Brown and Sharon Hill at the practice, and for all the letters, emails and meetings. We’ll continue to make further representations and build support through the petition to demonstrate to the Department and Distribution Working Group.

“I will continue to fight for fairness for the residents of Tamborine Mountain.”