BUILDING COMMUNITY INFRASTRUCTURE IN THE LOCKYER 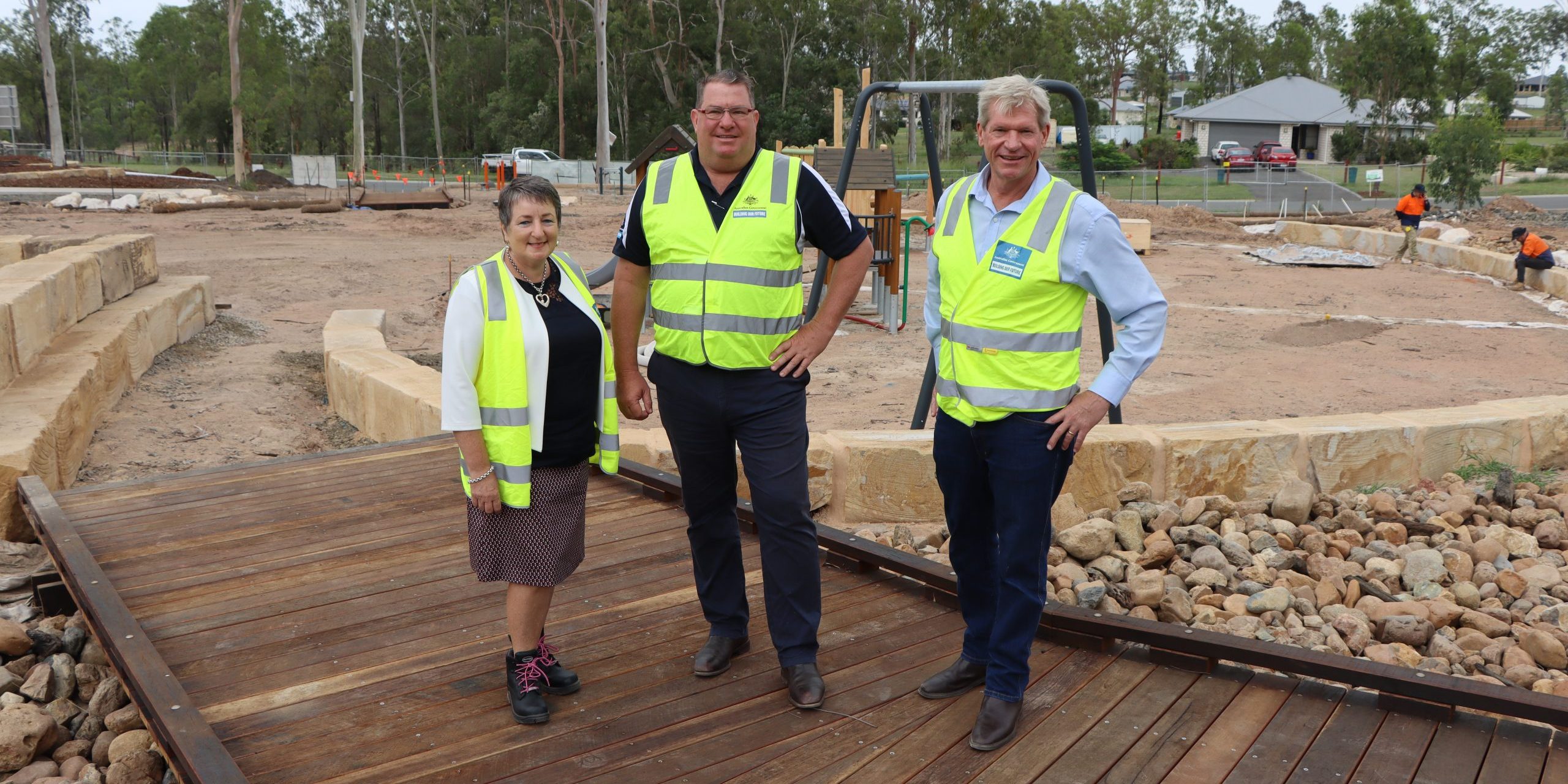 The Australian Government and Lockyer Valley Regional Council are working together to improve connectivity and community infrastructure in one of the regions fast growing communities.

Mr Buchholz said the new park was an example of all levels of government working together to deliver better infrastructure and it was great to see construction well underway.

“Through the Building Better Regions Fund (BBRF) the Morrison Government is investing $800,000 towards stage one of the Fairways Park.

“It is exciting to see this project come to fruition, it is good news for residents in Kensington Grove and across the entire Lockyer Valley.

“Our region is a great place to live and we’re seeing people move here, better parks and community facilities are only going to better connect our region,” Mr Buchholz said.

“Thanks to the generous support of the Australian and Queensland Governments, the construction of Stage One of Fairways Park is now in full swing,” Mayor Milligan said.

“This park, codesigned by our community, really showcases the positive outcomes of each layer of government working together to deliver pieces of infrastructure that will benefit our community for many years to come.”

State Member for Lockyer, Jim McDonald said the tour of the site again reiterated to him the significance of local parks and recreational areas.

“We have a growing community and these sorts of investments are critical.

“Our community is already a great place to live, but these new assets and spaces make the Lockyer even better,” Mr McDonald said.

“I thank the Mayor, Tanya Milligan, Scott Buchholz and the Morrison Government for their investment and cooperation in making these investments.”

Mr Buchholz said the Fairways Park project may be the “big initiative” of the area, but the Morrison Government was also investing in smaller scale projects, such as new footpaths on Hannant Drive, to improve the areas connectivity.

“People often dismiss the importance of Council undertaking smaller upgrades such as footpaths, pathways and bikeways, but for parents with prams, children on bikes, the elderly or those in a wheelchair or walking aide, it can be the difference between getting out into the community or not” Mr Buchholz said.

“Under our Drought Communities Programme, $290,000 was provided to Council in order to deliver new and upgraded footpaths, improving safety and enabling better use of the area.