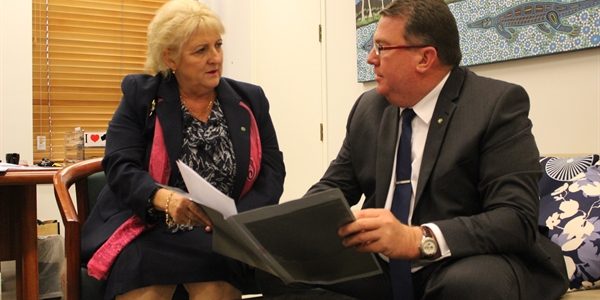 Fourteen additional dangerous crash sites on Queensland roads will be substantially improved over the next 12 months thanks to funding under the Federal Liberal and Nationals Government’s Black Spot Program.

Deputy Prime Minister and Minister for Infrastructure, Transport and Regional Development Michael McCormack said today’s announcement would see an additional $10.41 million delivered across the state under the program’s 2019–20 funding round.

“This major investment is part of the Federal Liberal and Nationals Government’s commitment to building safer roads right across the nation and brings total Queensland Black Spot funding for 2019–20 to nearly $23 million,” Mr McCormack said.

“The Black Spot Program provides funding for safety measures such as traffic signals and roundabouts at road locations where a number of serious crashes are known to have occurred.”

Assistant Minister for Road Safety and Freight Transport and Federal Member for Wright Scott Buchholz said the 58 Black Spot projects being funded across Queensland would make an important contribution towards reducing serious injuries and deaths on our roads.

“This investment in Black Spot projects will deliver safer roads in local government areas throughout the state,” Mr Buchholz said.

“The Federal Liberal and Nationals Government’s Local and State Government Road Safety Package announced in the 2019–20 Budget is focused on improving local roads, especially on local country roads where there is a disproportionate number of deaths and serious accidents.”

Chair of the Queensland Black Spot Consultative Panel and Federal Member for Wide Bay Llew O’Brien said 57 per cent of this year’s Black Spot funding in Queensland would go to improving the safety of Black Spots on rural and regional roads.

“This is part of the Government’s commitment to get Australians home sooner and safer no matter where they live,” Mr O’Brien said.

“The Bureau of Infrastructure, Transport and Regional Economics has found that, on average, Black Spot projects reduce the number of crashes causing death and injury by 30 per cent.”

The Federal Liberal and Nationals Government has committed $1.05 billion to the Black Spot Program from 2013–14 to 2022–23 to improve road safety across the nation.

For more information on the Australian Government’s Black Spot Program, or to nominate a black spot, visit http://investment.infrastructure.gov.au/funding/blackspots/.