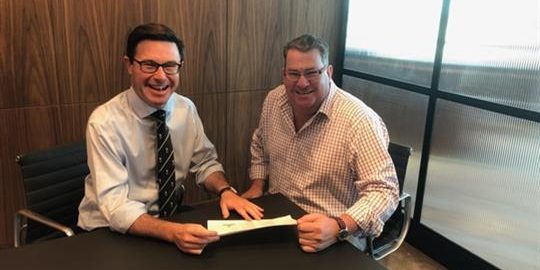 Federal Member for Wright, Scott Buchholz has announced eligible drought-hit farmers in the Scenic Rim will soon have access to cash payments of up to $3000 as the drought continues.

Last month, Mr Buchholz announced one million in funding would be provided to the Scenic Rim Regional Council, to undertake projects to stimulate the local economy

Today an additional $82 million has been provided for DCSI, an initiative to directly support those people whose main income is derived from primary production.

Mr Buchholz has announced that farmers in the Scenic Rim are now eligible, in a major win for local primary producers doing it tough under the weight of the drought.

“We delivered last month with an announcement of a cash injection for Council. Now, we’re going a step further by topping up DCSI – the most vital part of this programme, as it puts cash directly into the pockets of local farmers.

“I’ve been putting the case to Minister Littleproud and the government has listened and responded.

“Our farmers have had flood, devastating storms and recently bushfire’s to contend with on top of the drought. We’re now taking the additional step to help local farmers to get through this tough period,” Mr Buchholz said.

The payment will help relieve the pressure on farming families, put food on the table and help make ends meet.

State Member for Scenic Rim, Jon Krause welcomed the announcement, adding that he had been calling on the Queensland Government to deliver a form of cash assistance to farmers.

“I have been calling on the Queensland Government to make cash grants available for farmers, especially after the bushfires, so I’m glad to see this announcement,” Mr Krause said.

Mr Buchholz said the scheme is administered by the St Vincent de Paul Society and the Salvation Army, with funds expected to flow in mid-March.