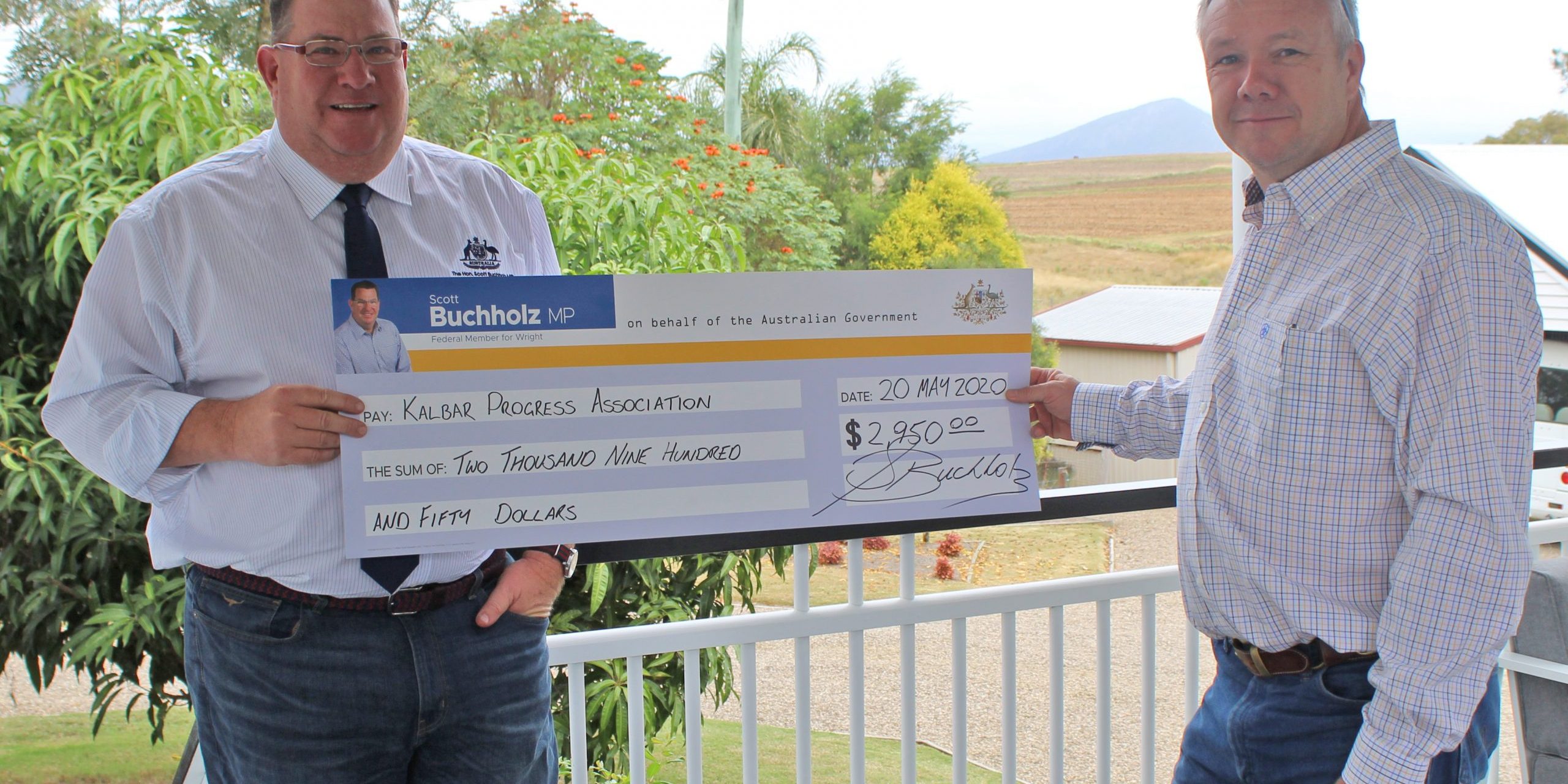 “It is wonderful to see community members, joining together in the interest of their town, of their region – to work together to make things better.

“I had a meeting scheduled with the team from KPA and we were discussing issues related to the future of Kalbar, the KPA vision for the town and how that can be supported.

“Members of KPA weren’t aware of their success in securing a grant under the Federal Liberal National Governments volunteer grant program.

“The program was oversubscribed, of all the expressions of interests received, the total value was more than $227,000 for a program worth just over $60,000.

Chris Gray, Vice President of the Kalbar Progress Association welcomed the funding and said all members were excited to be supported in making Kalbar a better place to live, work and visit.

“I think the joy of being a winning recipient of funding under the 2019-20 Volunteer Grants from Scott Buchholz MP for community groups such as the Kalbar Progress Association is that it enables us to purchase needed equipment, that benefits volunteers and the work they do.

“Volunteers at work in our community are doing things that make a little town like this somewhere people want to visit, and sometimes stay and invest so really this gift is one that just keeps on giving.

“Spending that money in Scenic Rim also supports the local economy and so by being a member KPA one really gets to see the benefits unfold – time after time, it’s rewarding being a volunteer and it’s great for the soul”.

Mr Buchholz said he appreciated the efforts of every single volunteer across the region and was pleased to be able to give back in some way.

“I am very pleased to be able to support the team at Kalbar Progress Association and provide this funding as the organisation continues to move from one success to another,” Mr Buchholz said.