HONOURING THOSE WHO SERVED IN THE VIETNAM WAR 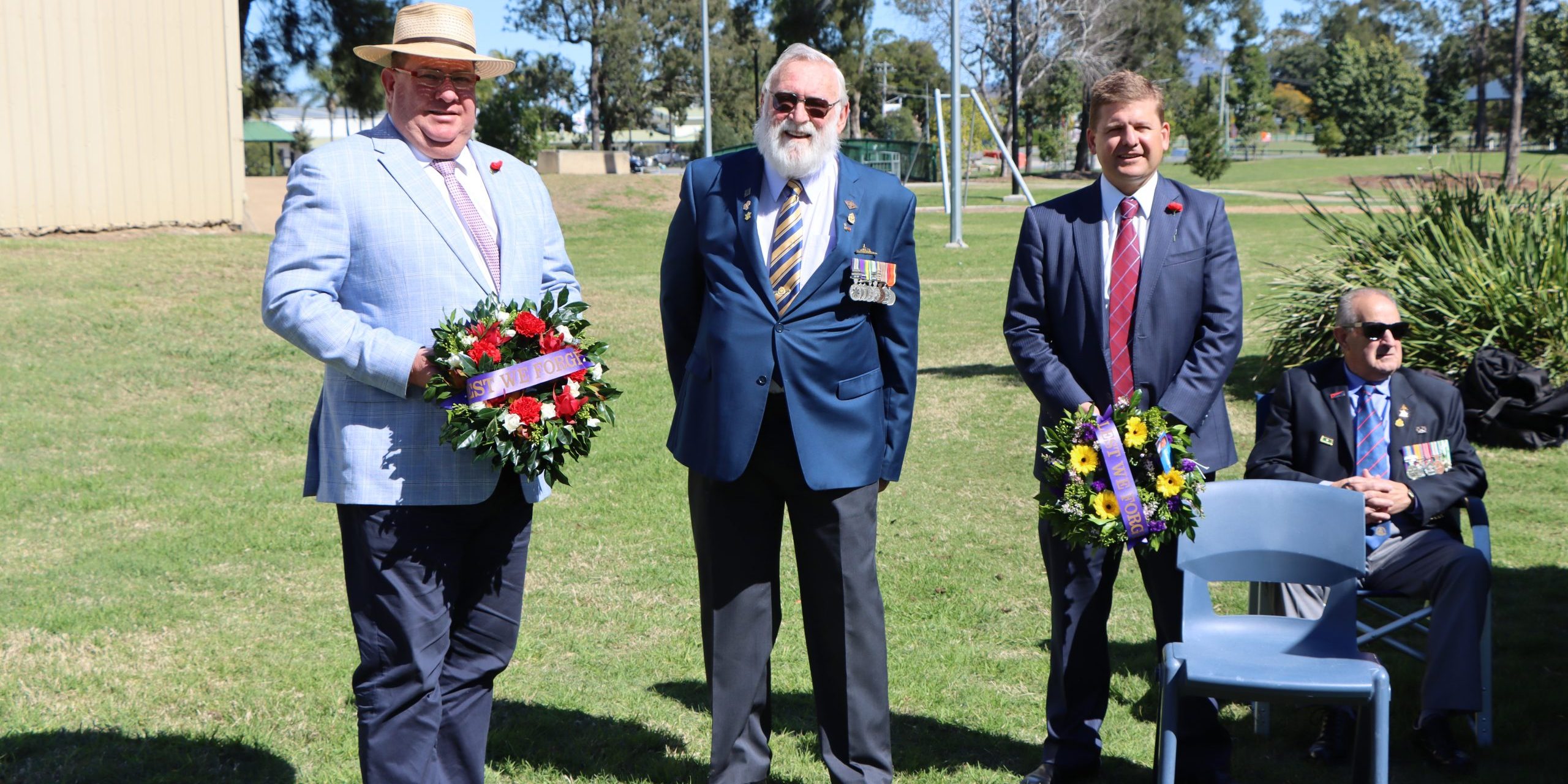 Today is Vietnam Veterans’ Day and the anniversary of the Battle of Long Tan, a day when
Australians are encouraged to reflect on the service and sacrifice of those who served during the
Vietnam War.

Federal Member for Wright, Scott Buchholz has paid his respects to all those who served in the
Vietnam War, one of the longest military engagements of the 20 th Century, by attending a service
in Beaudesert.

“Many of these brave men, honourable men were fighting in extreme conditions, often with poor
visibility and of course, away from their families, friends and homes,” Mr Buchholz said.

“Each and every single year on Vietnam Veterans’ Day, Australia and Australians take the time
to remember all those who served in the Vietnam War.

The Battle of Long Tan, on the 18th of August 1966, was one of the fiercest battles fought by
Australian soldiers in the Vietnam War, and saw 18 Australians killed and 25 wounded.

Mr Buchholz said Vietnam Veterans Day was an opportunity for generation after generation of
new Australians to acknowledge and honour the Vietnam veterans who have lost their lives in the
years since they returned and those who still carry the physical and emotional scars of their
service and the families that have supported them.

“Today we honour the legacy and contribution of Australia’s Vietnam veterans. The impact is still
felt by those in the ex-service community.

“Vietnam veterans were vital in the establishment of the Vietnam Veterans’ Counselling Service,
now known as Open Arms, which provides specialised mental health and support services to all
veterans and their families.

“A legacy not in celebrating war but thanking those Australians that served at the calling of their
country.

“A legacy that includes the establishment of the Long Tan Bursary, which provides education
support to the children and grandchildren of Vietnam veterans, helping them gain the skills and
qualifications needed to pursue their chosen career,” Mr Buchholz said.

To find out more about Vietnam Veterans’ Day, the Vietnam War and the Battle of Long Tan,
please visit the Anzac Portal website.
ENDS