LETTERS: MP recalls the devastation and heartbreak in 2011 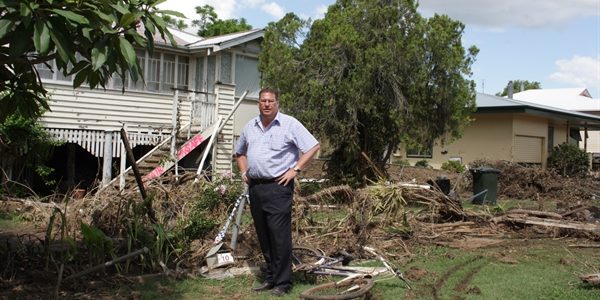 THE experiences of January 2011, when flash flooding devastated our region, were harrowing.

Five years on, nothing can repair the loss of life in our communities.

But for every story of tragedy and horror that the people of the area were exposed to, there is a story of genuine kindness and humility.

It made us more resilient.

What was comforting at the time was to see the instant generosity from the community, and how quickly those who had very little to give gave to others.

We now know our neighbours more intently, because you get to know your neighbours better when you walk down their driveway with a parcel of food and water because you know they haven’t had access to much for a week.

It was also touching to see the generosity of the nation.

I recall there were about 20 crisis counsellors down south who’d worked with the victims of the Victorian bushfires at the time and they were willing to help but didn’t have the funding to get up here.

Through a callout on ABC radio we had such a swift response that before we knew it we had everyone, from an elderly pensioner in Brisbane to Virgin Blue, offering to take care of the flights to get those counsellors – that vital service – up here at that time.

We will never forget those devastating and defining moments of January 2011.