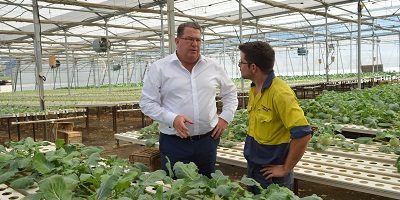 The Morrison Government has delivered tax cuts for more than 10 million Australians, with immediate tax relief from next week.

Member for Wright Scott Buchholz said with the passage of Legislation through the Parliament in the first sitting week, the Liberal National Government was delivering on its election promises.

“Our tax relief package was clearly outlined in the 2018-19 budget, it was our number one commitment during the election campaign and in the first week of the 46th Parliament, we have delivered on that promise.

“We are committed to building a better tax system for Australians, to provide more relief so hard-working Australians can get ahead, our tax relief plan goes beyond this budget and into 2024-2025,” Scott Buchholz said.

“As a result of the Liberal National government reforms, low and middle income earners will keep more of what they earn.

“Our plan has a longer term vision and is about ensuring more money gets back to the wallets of hard-working Australians today and into the future,” Scott Buchholz said.

Scott Buchholz said the Australian people were clear on May 18 2019, when they voted for lower taxes.

“As part of our plan to build a better, stronger economy we’ll continue to provide tax relief for working Australians,” Scott Buchholz said.

The Treasury Laws Amendment (Tax Relief so Working Australians Keep More of Their Money) Bill 2019 will deliver a further $158 billion in tax relief, building on the already legislated Personal Income Tax Plan announced in the 2018-19 Budget.