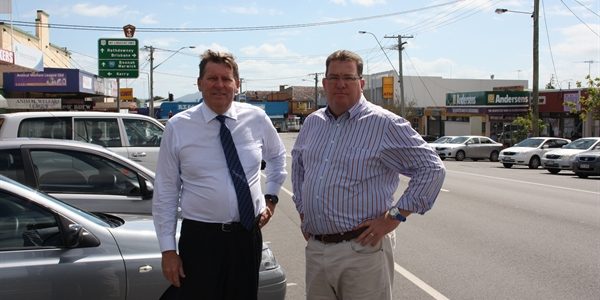 “I agree wholeheartedly with the Member for Beaudesert Jon Krause that the state government has missed a great opportunity through this safety review,” he said.

“It’s disappointing the state government is refusing to deliver a solid plan for the future of the Mt Lindesay Highway despite receiving plenty of feedback through the 300 submissions people made on the matter as well as letters flooding into my office seeking support for an urgent upgrade to Round Ridge Road.

“Surely after so much fanfare and after making road users wait nearly six months to see the outcome of the review, the government could have delivered more than a rehash of previously announced plans for the highway.

“Meanwhile there are still concerns which haven’t been addressed about the Round Ridge Road intersection despite it being nearly one year since a meeting between residents, council and the Department of Transport and Main Roads on that issue.

“This review has failed to take into account mounting traffic on the Mt Lindesay Highway and no consideration was given and no actions were taken to mitigate the impacts of the Edmund Darcy Bridge replacement at Jimboomba, for example, which is currently creating major congestion issues for our motorists.

“It is simply not good enough for the state government to deliver such a weak report that tells us what we already know, doesn’t tell us what they are going to do about it and has taken so much time while the traffic just keeps getting worse.”