ROAD UPGRADES PROGRESSING ACROSS THE FASSIFERN 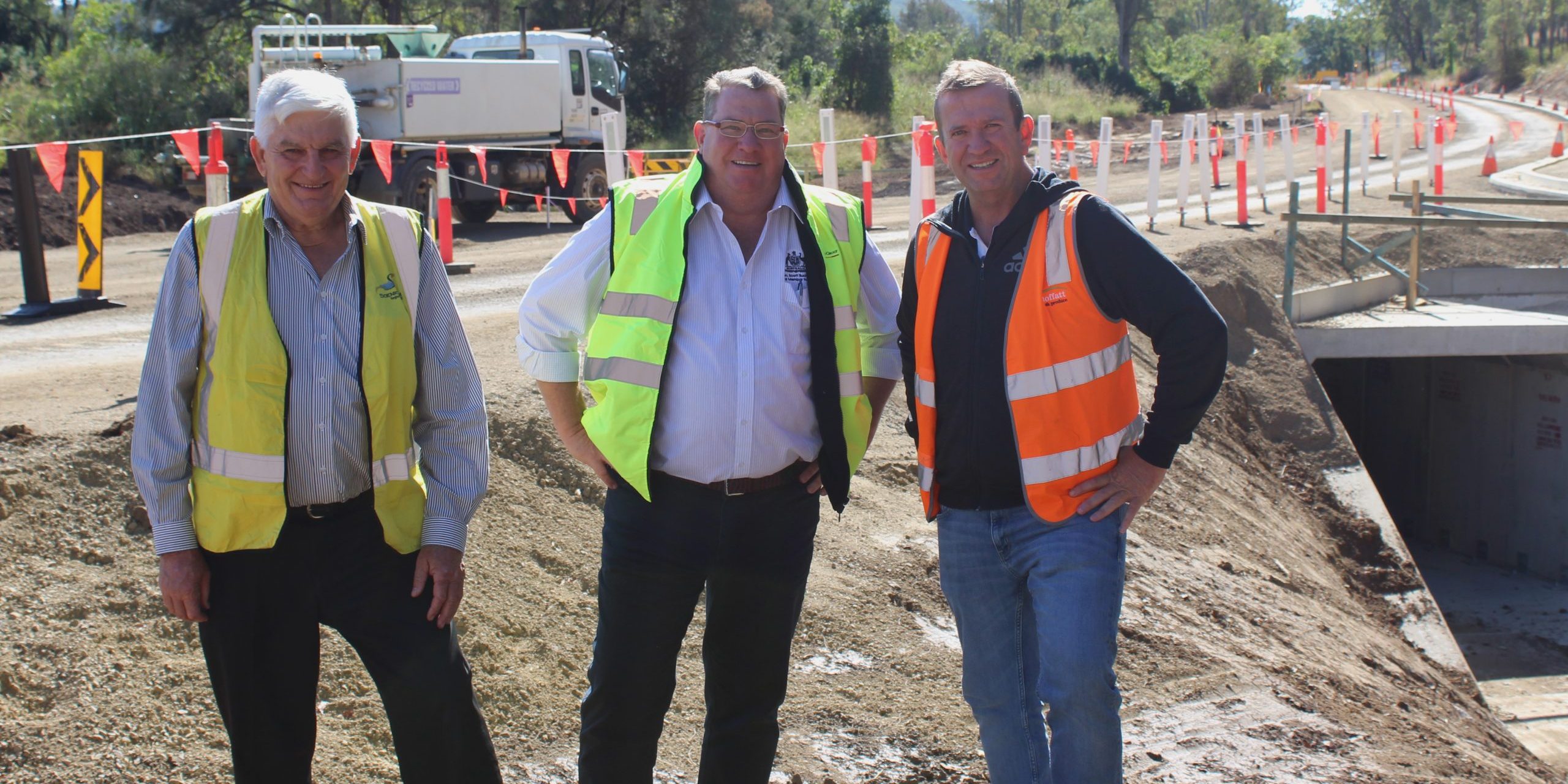 Improvements to roads across the Fassifern Valley are underway, thanks to the Australian Government’s investment in regional and rural roads.

“We have a record investment in our roads. Nationally that is some $100 billion in road transport and infrastructure upgrades and we’re seeing the benefits of that here, in the Fassifern and across the Scenic Rim.

“On Munbilla Road at Milora, we’ve got $1,020,000 going into upgrading a dangerous section of road under our Black Spots program – delivered and supported by the Council.

“At Tarome, we have a partnership to deliver another big investment alongside Council, $760,000 to upgrade the road and culvert on Tarome Road – improving heavy vehicle access and safety for all road users, as well as flood resilience,” Mr Buchholz said.

Local Councillor Duncan McInnes said the region had been hit hard by disaster, floods and fire and roads in region had been battered, but it was great the Council was partnering with the Australian Government.

“We’ve been able to get on with a strong roads maintenance and upgrades program. Scott Buchholz and the Australian Government have been strong supporters, with funding under the various programs such as black spots, heavy vehicles and bridges renewal.

“Munbilla Road has been a point of discussion for some time and there is a significant project being delivered there right now, with completion scheduled for the end of the month.

“Down on Tarome Road, it was pretty average until the upgrade got underway. $760,000 is being invested to improve heavy vehicle access, support our agricultural sector and freight in and out of the region,” Cr McInnes said.

“We have quite a number of trucks in and out of our site a day, utilising the crossing.

“Now, when the project is finished, we hope this will deliver improved freight access, flood resilience when the rains do come and a more productive operation which will assist in continuing to grow and expand domestic and export markets,” Mr Moffatt said.