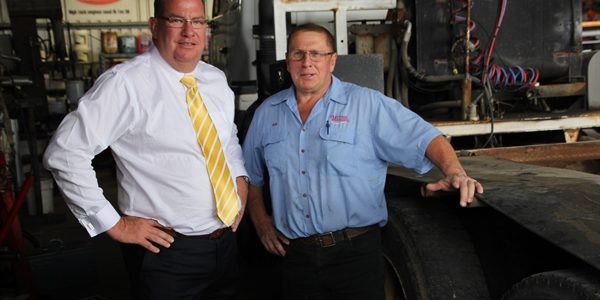 OWNER drivers will be able to get back on the road and regain their livelihoods after the Federal Parliament abolished the Road Safety Remuneration Tribunal (RSRT) late Monday night.

Federal Member for Wright Scott Buchholz said scrapping the RSRT – which Labor established in 2012 under the premise that drivers would go slower and work fewer hours if they were paid more – was a major win for local operators.

Mr Buchholz said the abolition saved the livelihoods of not only owner drivers but also small business operators – like mechanics – which relied on the custom of owner drivers.

The road transport industry was in uproar over an RSRT minimum pay order for owner drivers which came into effect on April 4, driving owner drivers out of work and crushing small businesses, like mechanics, which rely on the custom of owner drivers.

The government urgently moved to abolish the Tribunal, with legislation passed through both houses on Monday to scrap the controversial body.

Harrisville mechanic Ron Smith, who was set to lose 30 per cent of his business under the RSRT order, said abolishing the Tribunal was the only way to save the industry.

“Truck drivers had pulled up, they were spending no money with us after the RSRT order came in – so if this order remained we were set to lose at least 30 per cent of our business –that’s one of our four mechanics we wouldn’t need anymore,” he said.

Buchholz, who himself has 24 years’ experience in road transport, said the RSRT was nothing more than a tool for unions to crush and control the industry.

“This legislation stopped every wheel in the owner driver sector dead in its tracks, and it wasn’t about safety,” he said.