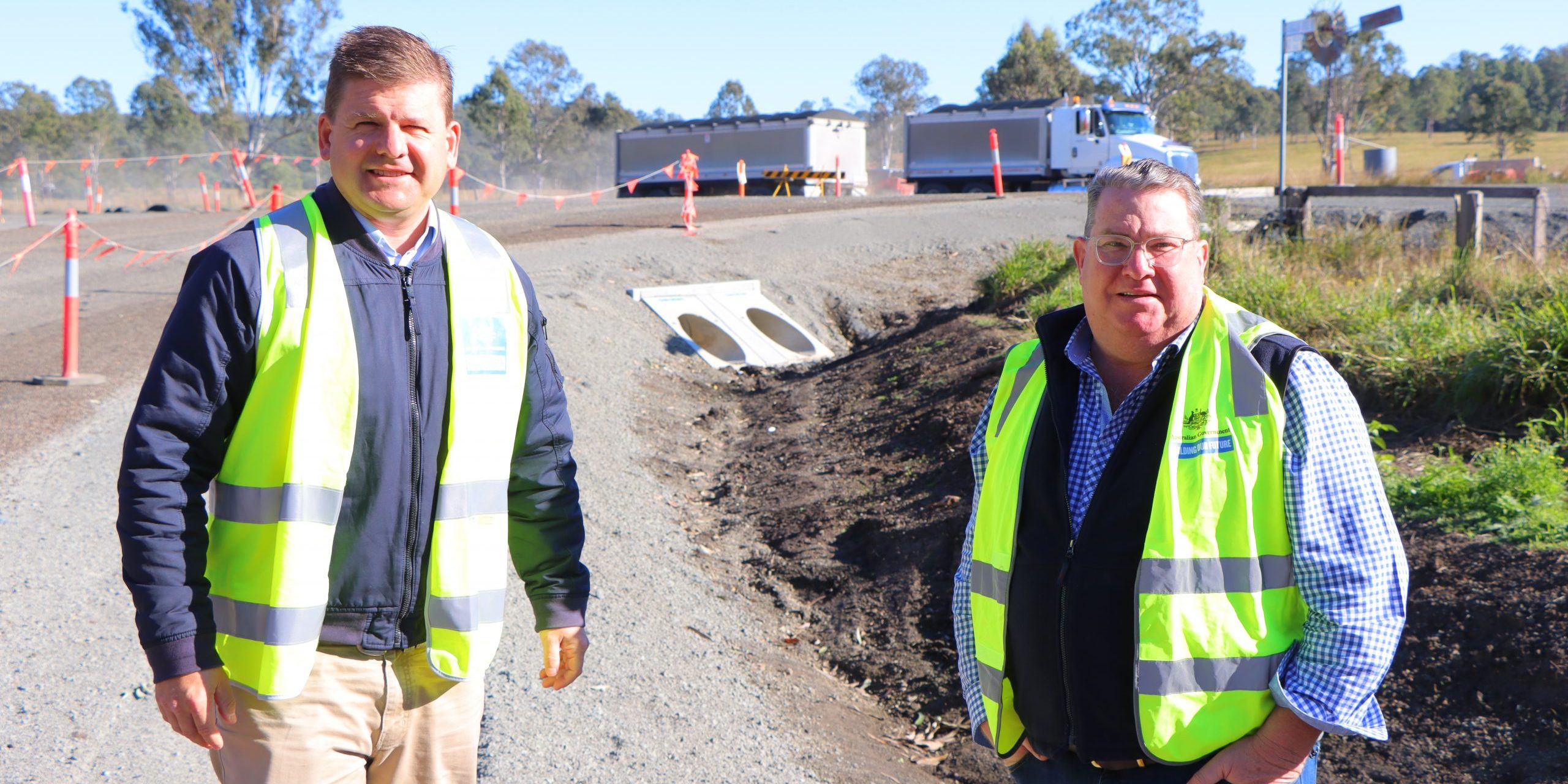 The $12 million project was jointly funded by the Australian and Queensland governments.

Deputy Prime Minister and Minister for Infrastructure, Transport and Regional Development Barnaby Joyce said the Australian Government was investing a record $110 billion in infrastructure projects across the nation.

“Projects such as this one support local jobs and businesses, while helping the state to bounce back from the COVID-19 pandemic.”

Queensland Minister for Transport and Main Roads Mark Bailey said the state had contributed $6 million towards the works, as part of the Palaszczuk Government’s $27.5 billion road and transport plan over the next four years.

“We are committed to keeping Queensland roads safe and reliable through important upgrades, like this one at Tabragalba,” Mr Bailey said.

“The surface of Beaudesert-Nerang Road was deeply rutted and cracked, but has now been rebuilt to be smoother, stronger and wider while also having improved flood immunity through upgraded roadside culverts.

“This adds to the over $4.8 billion in road and transport infrastructure we are delivering in the South Coast region, covering the Logan, Scenic Rim and Gold Coast areas.

“Of this, over $114 million will be delivered in the Scenic Rim alone on projects like the reconstruction of the Cunningham Highway and Tamborine Mountain Road.

“And to the east, we are continuing to deliver a suite of upgrades on the M1 to cut travel times for locals in the rapidly growing South-East.

“Road safety is front of mind when undertaking any upgrade on Queensland roads, and I’m proud to see this infrastructure upgrade now complete for the benefit of locals and tourists alike.

“As more and more people choose to call Queensland home, we will deliver the critical infrastructure Queenslanders expect while creating 24,000 jobs over the next four years.”

“Since 2013 the Australian Government has committed to delivering more than $14 billion in regional road improvements across Queensland, supporting more than 30,000 jobs and boosting the economy,” Mr Buchholz said.

“We’ve already delivered the over $1 billion Toowoomba Bypass and funded 50 per cent of the Stoney Camp Road and Chambers Flat Road duplication of the Mount Lindesay Highway at Munruben, with an additional $53 million joint investment to follow for works between Johanna Street and South Street in Jimboomba.

“This builds on our previous investment of $16 million for Mount Lindesay Highway upgrades in North Maclean, and we are also jointly investing $150 million in various critical upgrades to the Cunningham Highway.

“These investments are all about reducing travel times, delivering safer roads, and supporting local jobs.

“The Australian Government will continue to invest in and deliver the road infrastructure projects that matter to locals, tourists, businesses and freight operators.”

More information on the Australian Government’s infrastructure investment response to COVID-19 is available at investment.infrastructure.gov.au/about/national-initiatives/response-to-covid-19.aspx.