Warriors kick on with volunteer grant 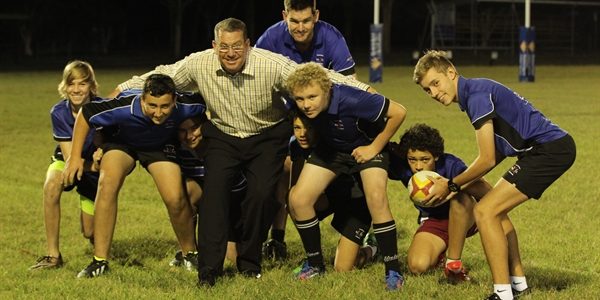 THE Beaudesert Warriors have received a boost to keep kicking goals for local rugby union players through a Commonwealth volunteer grant.

Federal Member for Wright Scott Buchholz congratulated the Beaudesert Warriors Rugby Union Club, which is among 34 groups in the Scenic Rim and Logan to share in $126,107 under the Volunteer Grants program.

“Any money we can get into the club ultimately benefits the players and families – for example the cost of travelling to the Gold Coast and Brisbane for competitions adds up, and things like being able to help with fuel money from time to time mean a lot,” he said.

“We’re a volunteer-run club and our committee works really hard – we’d have to sell a lot of sausages to fundraise this sort of money, so we really appreciate the boost.”

Mr Buchholz thanked the Beaudesert Warriors and all local volunteer-driven groups for their work in the community.

“Our community benefits so greatly through the goodwill and charity of volunteer-driven groups like the Beaudesert Warriors, and I’m so glad we as a government can help boost the capacity of our volunteers through these grants,” he said.

“The value of volunteers in the community is immeasurable – they build community spirit and they put in the time and the effort to provide services to their fellow community members, and I deeply thank them for their generosity.”