Riley is off and racing: Speech to Parliament 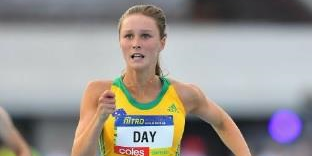 Mr BUCHHOLZ (Wright) (13:43): This is not the first time I have stood in this place to advise the House of the success of Riley Day, a 17-year-old athlete from my electorate. A local sports hero, she raced onto the scene when she won the 150-metre sprint at the recent Nitro Athletics series, leaving a London Olympian and a world champion in her wake. She won the multiple state and national titles and has left records tumbling. After the starter’s gun has gone off, Riley is off and running. She has officially secured her place in the Australian team to compete at the Commonwealth Youth Games in the Bahamas this year. The Beaudesert State High School student will compete in both the 100 metres and 200 metres at the championships.

The electorate of Wright is a breeding ground for sporting excellence. Congratulations to those who were successful in the last round of the Local Sporting Champion Grants program: Ashley Swadling, for sailing; Lucas De Vere, for basketball; Molly McGill, for bicycle motocross; Maxwell Sigley, for cycling; Alyssa Cornell, for equestrian; Sebastian Robinson, Kieran James and Oliver James, for surf lifesaving; and Hayley Reynolds, Alexandra Roberts, Benjamin Roberts and Lara Roberts for athletics. Well done to all of our local champions and heroes. Riley, it is a pleasure to have you in our community. Good luck at the Commonwealth Youth Games.