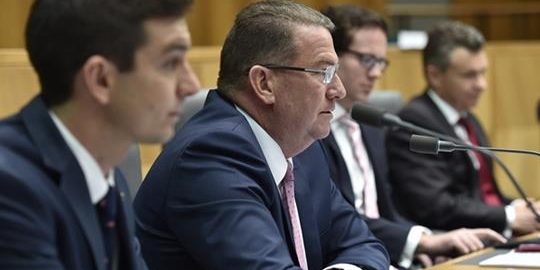 Mr Buchholz said that as a member of the Standing Committee on Economics, this was an issue he championed for the people of Wright and the people of Australia.

“In speaking with locals prior to the hearings I asked, ‘What question do you want me to ask of these guys – of the banks in general?’”

“The answer was, ‘Why is the cash rate so low and yet we are paying 17, 18, 19 and, in some cases, 20 per cent plus on credit cards? When the market moves, why does that not transfer to credit card debt?’”

Mr Buchholz welcomed the initiative of ANZ and Westpac and said it would put pressure on the other banks to follow.

“They’ve shown courage by leading the charge on dropping the rates and I would encourage anyone with a credit card who is not happy with the interest rates they are paying to consider their options,” Mr Buchholz said.

“I made a commitment to ease pressures on household budgets – and this is one way that can make a big difference. I’m pleased our work on the Economics Committee is continuing to reap results without a costly and lengthy Royal Commission and I’ll keep pushing for more banks to do the right thing in relation to credit card interest.”