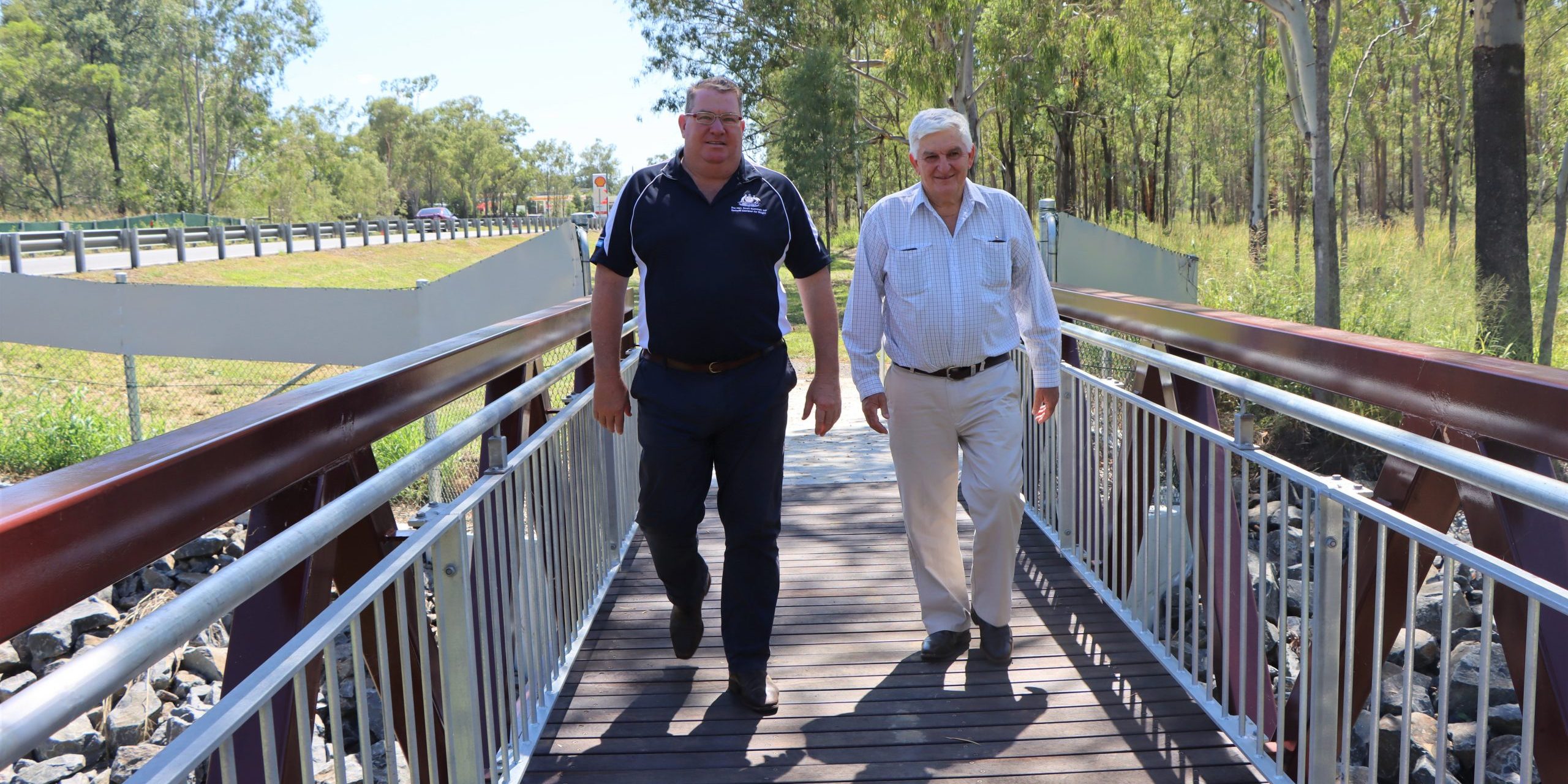 The Morrison Government has delivered $180,000 for a small, but important local connection in the Aratula community.

Federal Member for Wright, Scott Buchholz joined local Councillor Duncan McInnes outside the Aratula Hotel, to inspect the site of the $180,000 works.

Mr Buchholz said the funding was being delivered through the Morrison Governments Local Roads and Community Infrastructure (LRCI) stimulus program.

“This is a great local project for the Aratula community and will build on the work previously done here, with the relocation of the bridge from Beechmont when it was replaced under another program.

“Putting up the coin to get this footpath built will deliver for locals in Artaula that have been calling on all levels of government to improve connections between the pub, township and homes.

“I am pleased to work very closely with Cr McInnes and we both agree that this is a good win for Aratula residents, businesses and tourists, and chief proponent Noel Best will be pleased,” Mr Buchholz said.

Cr McInnes, who had listened to local residents, said the Morrison Governments stimulus program was delivering small-scale projects, roads, footpaths, and hall upgrades across the region.

“It has been good for the Scenic Rim, we’ve had a number of projects across the region that were of importance to the local community that we can now deliver as a result of the Federal funding.

“As always, Scott Buchholz is listening and acting, we’ve been very well supported by Australian Government funding, from drought, to bushfires and now COVID-19.

“These are the very projects that make a difference to the everyday lives of local residents and I am pleased we have been able to deliver,” Cr McInnes said.

The LRCI is a $1.5 billion program of investments being made by the Morrison Government in Local Governments across Australia https://investment.infrastructure.gov.au/infrastructure_investment/local-roads-community-infrastructure-program/

The new footpath will connect the Aratula town centre along the Cunningham Highway, from the Adam Drive access road to Charlwood Road.

It is estimated to be 240 metres of footpath.