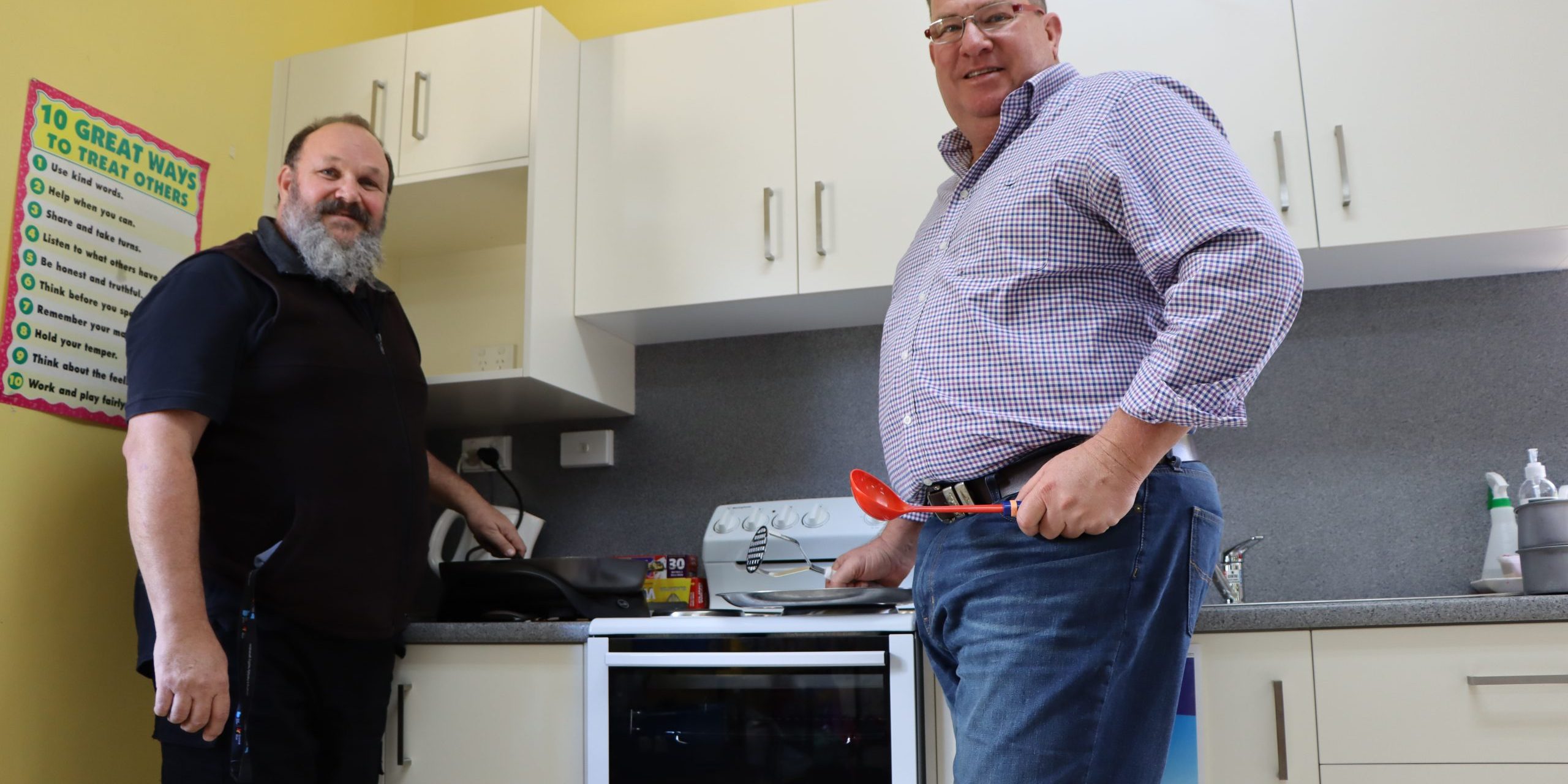 Mount Sylvia State School will be cooking up a storm, with the new kitchen installed thanks to funds from the Australian Governments Local Schools Community Fund.

Federal Member for Wright, Scott Buchholz said the Australian Government was providing $30.2 million for the Local Schools Community Fund and he was pleased to see schools such as Mount Sylvia be the beneficiaries of it.

“The Fund was an application-based process open to all eligible schools – government, Catholic and independent – designed to benefit students and their school community.

“By contributing to small scale projects, which School community otherwise would not be able to deliver in existing budgets or would take many years to fundraise for – we’re getting them delivered more quickly.

“This is really a partnership between the Australian Government and local school communities. By asking them about their priorities and empowering them to deliver on projects and programs important to then,” Mr Buchholz said.

“The kitchen will be used for students to cook their vegetables grown in the school garden.  This concept is not new but our students (are) very keen to do this as they are all keen gardeners.

“Our previous kitchen facilities in the staff room were not really set up for student access,” Mr Thompson said.

The school’s lunch programme managed through the P&C will be using the new facilities once per week to cook and serve a whole school lunch for students.

“Our school chaplain, Matt is keen to work with students on cooking days,” Mr Thompson said.

Staff of the school are just as excited as Principal Thompson, warmly welcoming the new facilities.

Teacher Aide, Mrs Maguire said the updated facilities will be put to good use throughout the year.

Teacher, Mrs Hall said the prep-2 class were very excited as the space is part of their activities room.

Mr Buchholz said the school received $15,000 under the program, and the funding decision was decided through a local committee, featuring representation from across the Primary and Secondary education sectors.