JOBKEEPER A ‘HOLE IN ONE’ FOR BOONAH GOLF CLUB 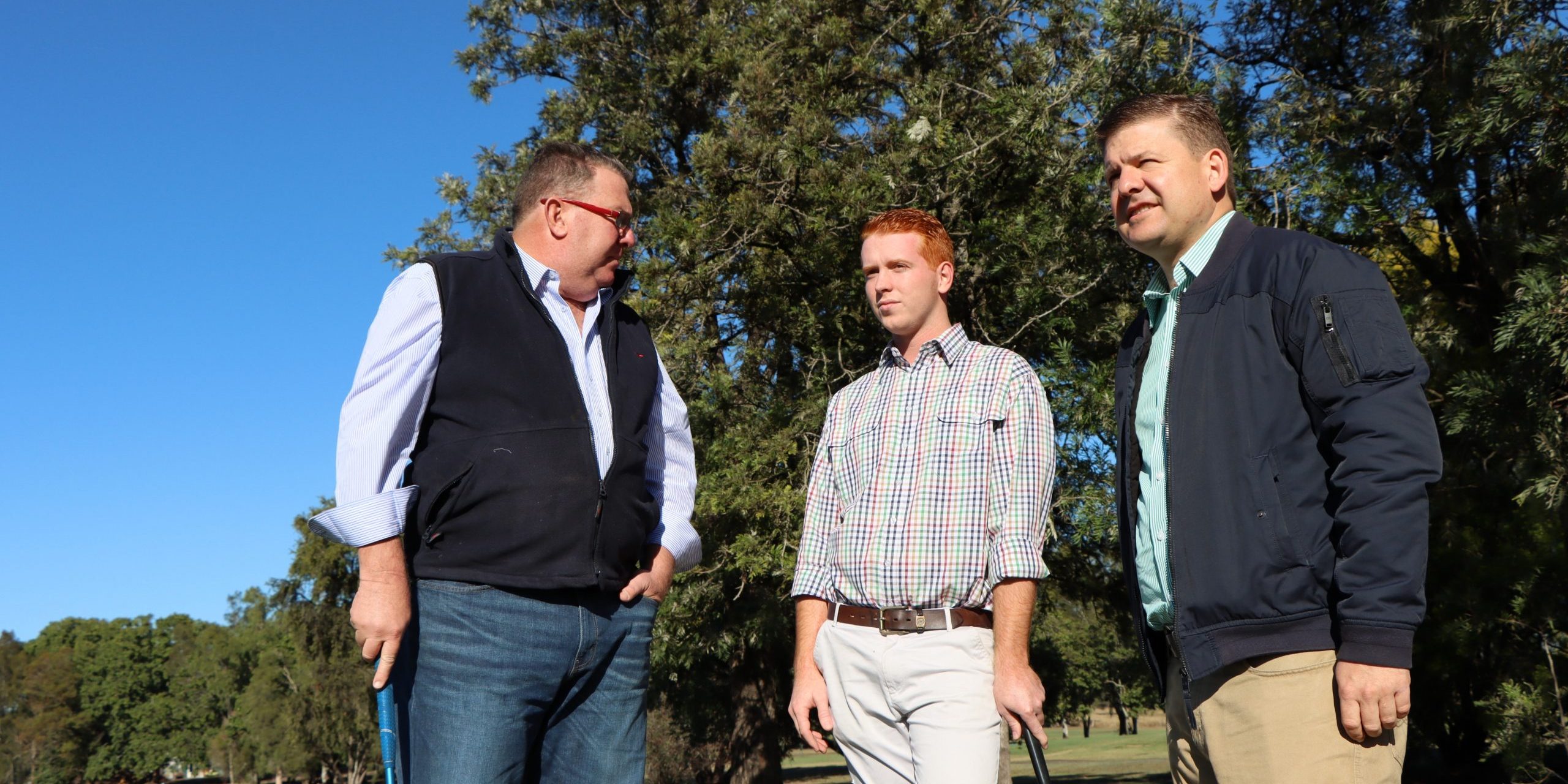 The Morrison Government’s $70 billion JobKeeper Payment which is supporting jobs and businesses across the country, is making an impact right here in Boonah.

Federal Member for Wright, Scott Buchholz caught up with Boonah Golf Club manager Joey Worley recently, to hear about their experience with the $70 Billion program.

“Since the beginning of this pandemic, the Liberal National Government has worked to keep Australians safe and protect our economy,” Mr Buchholz said.

“When the health crisis hit, it induced an economic crisis like many of us have not seen in our lifetimes,” Mr Buchholz said.

“Government stepped up and delivered an unprecedented level of financial support to save millions of jobs and keep families together, businesses in business and preserve the productive capacity of the Australian economy,” Mr Buchholz said.

“Here in Boonah at the Golf Club, we’re seeing the tangible benefits of that. The Club’s been kept open and six workers employed. That’s just a great outcome,” Mr Buchholz said.

If you ask Club Manager, Joey Worley he will whole-heartedly endorse the program and tell you just how close the Boonah Club was to closing their doors.

“It has been really good having access to the JobKeeper program. When the Coronavirus hit, the Club was looking down the gun barrel of going into hibernation,” Mr Worley said.

“That’s why we were really pleased when the Federal Government announced JobKeeper, because we got access to it we were able to stay open.

“That meant we were able to keep six people employed. Which is great. That’s great for the club and the community,” Mr Worley said.

‘”During the full lockdown, we got on with other projects such as the clubhouse renovations, new café area and a modernisation.

“We are very thankful for the program, it is great we have local Members like Scott Buchholz listening and the Federal Government helping out local businesses and backing us in,” Mr Worley said.