LIGHTS ON FOR GREENBANK CRICKET CLUB 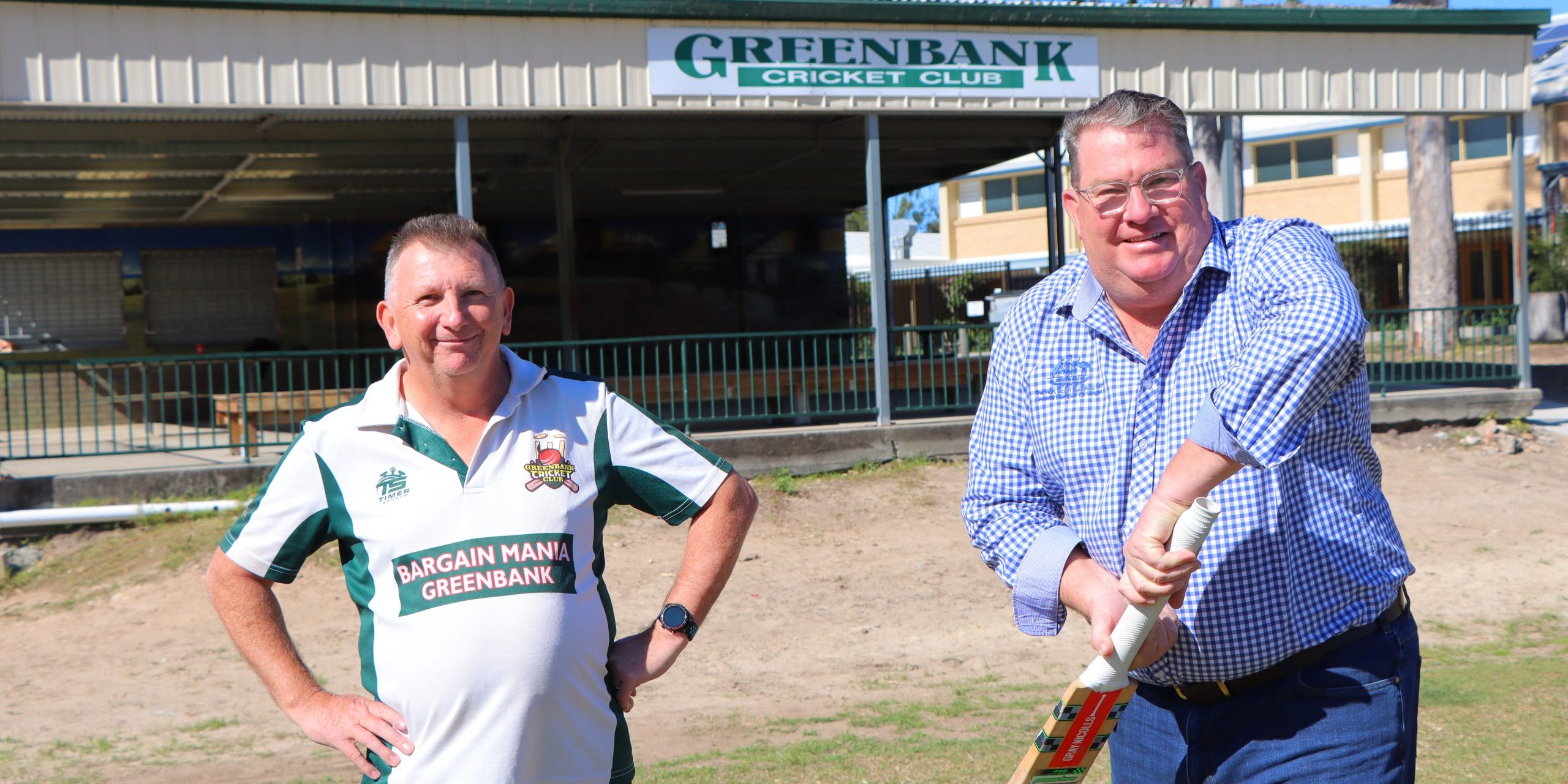 An upgrade of the lighting at Greenbank Cricket Club is complete, thanks to funding from the Federal Liberal and Nationals Government, committed by local MP Scott Buchholz at the 2019 election.

Mr Buchholz said he was pleased to secure the funds as part of an election commitment but was even happier to see the project completed.

“Greenbank is a fantastic community and the cricket club here is a real ‘beating heart’ of the area.

“It brings people together, gets kids involved in sport and when you’re here on game day – you have a real feeling of community spirit,” Mr Buchholz said.

President of the Greenbank Cricket Club, Shane Harris welcomed the federal governments funding and thanked Scott Buchholz for his support.

“The upgraded net lighting has allowed us to train both juniors and seniors without the worry of anyone getting hurt due to old lights not being very bright and quite hard to pick up the ball coming towards you when batting.

“Overall, this improves safety and is helping to boost membership a tour club.

“If anyone wants information on what the club offers to both juniors and seniors, call Shane on 0411129952 or email greenbankcricket@gmail.com,” Mr Harris said.

Mr Buchholz said the $20,000 grant from the Federal Government was supporting the club in a fast-growing community.

“People from across the local area, Greenbank, New Beith, Maclean are members here and further to that – other clubs and community groups from across South East Queensland use this facility.

“So if you’re looking for a fun, family and team orientated sport come and join up at the Greenbank Cricket Club, Shane and his team have done a terrific job,” Mr Buchholz said.