Response to concerns regarding Carmichael Mine 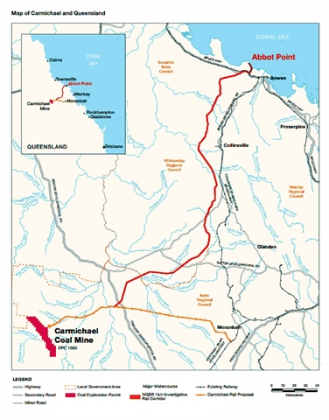 I was very pleased to listen to the concerns of this local group at the Boonah Show – and I’ve met with them several times. I respect their passion and their right to campaign on this issue.  I am always happy to meet and discuss issues with local residents.

My job is to weigh the concerns of all residents on a range of issues including infrastructure planning for the future – but by far the biggest concern that I hear about is cost of living pressures, including the cost of electricity.  To be honest, I am more concerned with what happens around local kitchen tables, than this project which is not in my electorate.

Household budgets are stretched and people don’t want to see their bills keep on rising – so I am very sensitive to any issue that puts potential upward pressure on household energy prices. The electorate of Wright has the highest uptake of solar panels in the country evidencing the enthusiasm of locals to combat the rising cost of living.

I do want to address some of the claims being made, because there is a degree of alarmism in what has been said about this project – and I’m not sure it is warranted.  It’s important we look at the facts:

While I don’t share the concerns of this group, I have met with them, made representations on their behalf, and delivered the response from the Federal Minister to their concerns.  I certainly respect their right to campaign, to lobby myself and Ministers directly, and to make their voice heard.  That is what our democracy is all about.